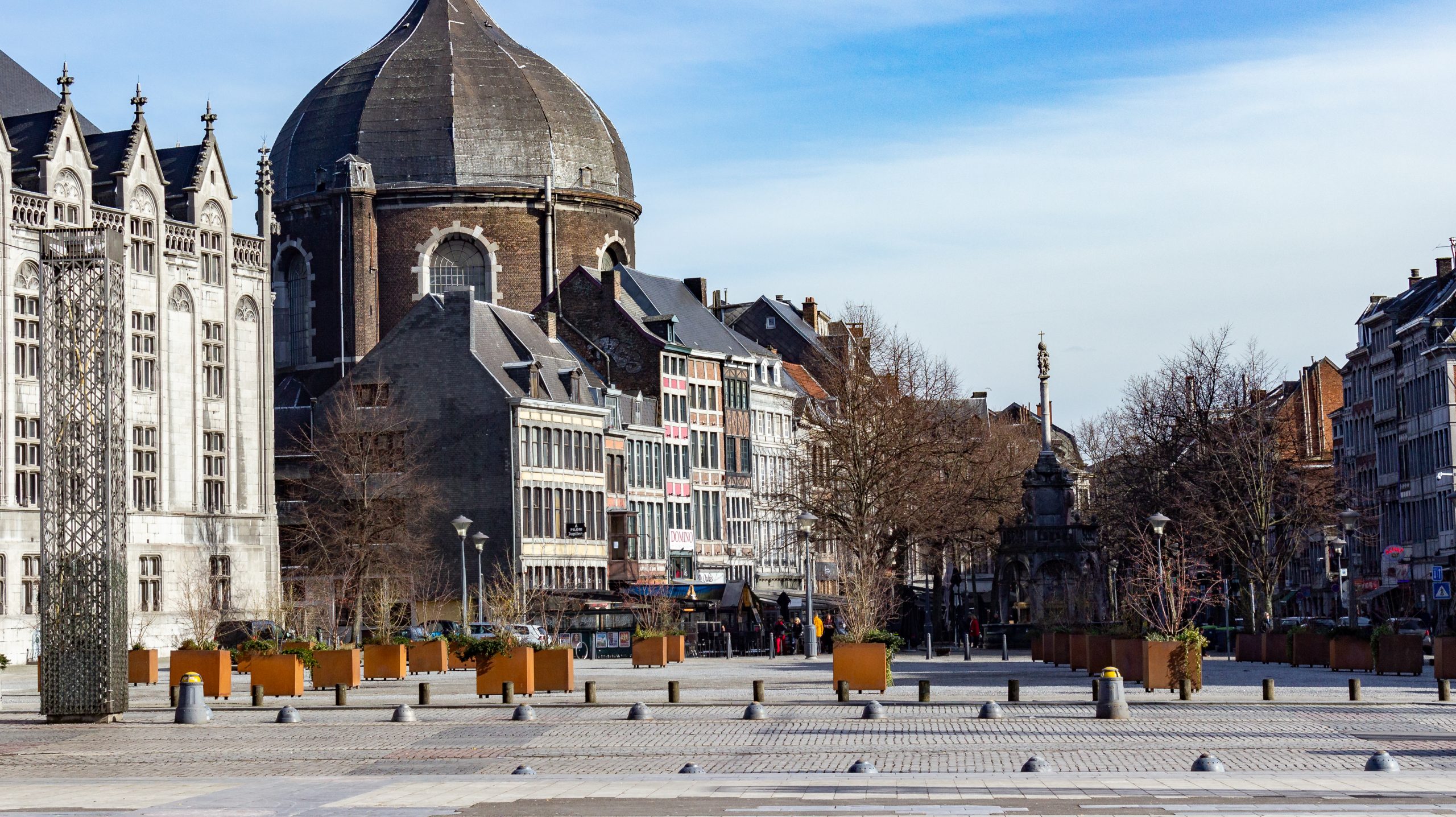 Life can be unfair, and I think Liege (or Lüttich or Luik depending on who you ask) is a good example of that. The city is rather nice. Its not as pretty as Ghent, and its certainly way nicer than Cologne. I would put it on par with Antwerp and Brussels. So why then does nobody go there?

I’ve been to Liege before, but I don’t have any good pictures of the city so I want to go back and help advertise one of the most-definitively under-explored places in Europe. I think the main reason nobody gets off the train from Cologne-Brussels is that the city is dirty and poor. Most of the city is very dirty and the infrastructure is in poor shape, and it doesn’t help that most tourists would get off at the main station, the worst possible place to do so. Additionally, the city suffered greatly (massive understatement) at the hands of post-war Belgian urban planners. To add to that misfortune, the city was also bombarded by the Germans in both World Wars.

However, the old-town is well preserved and the tourist districts are clean and full of beautiful avenues and fantastic museums and churches. This is the really unfortunate part, since there are much uglier cities that feature more prominently in tourist guides. The first trick is to get off at the Liege St. Lambert Station, which deposits you in the middle of the old town. Otherwise you will have to walk some distance through varying stretches of beautiful 19th century avenues and sketchy 20th century slums.

So how am I going to approach my visit? The first question is when are things open. As is typical of Wallonia, basically nothing has a published opening time, however due to the Corona virus, the city tourist-office has a convenient list of Museums which are open, and their hours:

The closure of the Ansembourg museum is sad, because its probably the most immersive one. It’s an urban palace complex with a complete set of inventory. Perhaps next time.

The Le Grand Curtis museum has undergone a massive renovation since I was last there, and now displays a proper history of Liege’s illustrious gun making industry. Also interesting should be the Treasury of the Cathedral, with some of the most important artifacts of the Mosan Romanesque.

The opening hours for the churches require some more digging. The main ones are buried on the city’s tourist site, and the smaller ones I found on an obscure outdated webpage. Most of the churches appear to be closed permanently. That’s a shame, because many of them would have been quite interesting to see.

By far the most spectacular will be the Church of St. James (picture below) with its rich late Gothic and Renaissance ornamentation. It is one of the most unique and beautiful buildings in Europe, a celebration of Liege’s Civic life and independence from the Archbishop.

Even if everything is closed, there’s still quite a bit of old town to wander around. In particular there are several streets I missed last time, particularly the Rue Pierreuse and the Le Carre. The first is one of the oldest streets in Liege and looks to have some nice views over the city. The second is a narrow 19th century avenue with several preserved buildings from previous centuries. There is also the Rue du Mont St Martin, which served as the primary district for the nobility in the middle ages.

When I write my guide to Liege Ill try to come up with some interesting tours through the city.