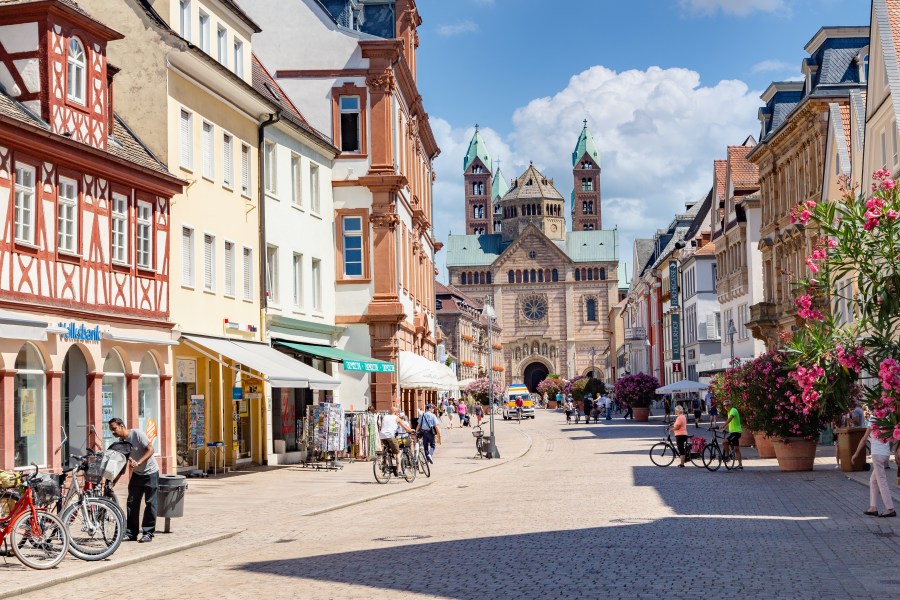 Travel is by no means something that must be limited to national borders. However, with so many things to see in this world, national borders can provide a starting point for choosing what to see.

Germany is a country with a long and rich history. It offers a surprisingly varied experience for both cultural experiences and sightseeing. South Germany is famous for both its cultural conservatism, beer halls, and its cities lined with ornate baroque architecture. Along the Rhine, the Germans are more jovial and drink wine on the river banks as the sun goes down. On the windy beaches of the North, you can search for amber and return home through the winding alleys of its ancient Hanseatic cities.

As a tourist though, Germany presents a unique challenge compared to the rest of Europe. Travel to other countries, such as Italy, can be done without much planning. However, the destruction of Germany in WWII means that most of its cities offer little to nothing of value for an international tourist. Any random selection of Italian or French cities will offer an exciting vacation, but the same is not true at all for Germany. The cities of the Lower Rhine and Ruhr, in particular, were simply removed from existence in the war. Today they are entirely creations of the postwar period.

The two guides that I present below are constructed with that in mind. For example, many guides recommend the city of Cologne. This city was entirely reduced to ash in WWII and today, the only thing worth seeing is its collection of reconstructed medieval churches. However, I feel that a large church is not sufficient for most people to fly across the planet. This is especially true when you could visit a place like Erfurt, another city with a large church, but also much more.

If you have never been to Germany and would like to spend some time exploring the country, check out my guide below. This guide tries to balance well-known destinations such as Neuschwanstein with spectacular destinations off the beaten path such as Stralsund or Bamberg.

The trip should take at least 4 days if you only stay in the main hubs but can be extended by staying longer in places such as Berlin or Munich or going on day trips.

1. Arrival in Frankfurt and Exploring the Rhine Valley

We arrive in Frankfurt, as typically this is the most affordable way to reach Germany. The city itself offers almost nothing of interest for a tourist and can be skipped without consideration. What is worth some time though, is the area around Frankfurt. This includes the city of Heidelberg and the Romantic Rhine Valley. Also within the day-trip range of Frankfurt is perhaps the most interesting castle in Germany, Eltz Castle.

After that is an overnight stay in Franconia and its spiritual capital of Nuremberg. The inner city was devastated in WWII, but tasteful reconstruction and large sections of the preserved city outside of the center can make it charming.

From here you can easily reach some of the best old-towns in Europe, Bamberg, Rothenburg, and Regensburg. Rothenburg ob der Tauber has been a tourist attraction for over 100 years, with its soaring cathedral and medieval walls. Regensburg and Bamberg are both UNESCO-protected heritage sites, each with a rich collection of museums, palaces, churches, and winding narrow alleyways. These are the best old towns that Germany has to offer.

3. Munich and the Bavarians

Munich is the only major German city to have preserved a significant portion of its pre-war old town. It has a wide range of cultural experiences like museums, palaces, churches, and of course the Hofbräuhaus. However, it also has the perks of being a major city, including world-class restaurants, theater performances, and concerts.

Nearby the best places to visit include Austrian Salzburg, which, being so close to Munich makes it an obvious choice. The city has one of the most spectacular old towns in Europe and is worth the time. The city of Passau also offers spectacular views and excellent beer. Additionally, the Neuschwanstein Castle (i.e. the Disney Castle) is on the list as well, although I personally cannot recommend it.

As one of my personal favorite cities in Germany, I felt Erfurt deserves an honorable mention. Though out of the way from the other places listed here, it offers a distinctive experience. From the half-timbered streets and ancient churches to its Thuringian sausages and beer, it’s one of the best places to visit in Germany.

4. Past and Present in Berlin

While I feel that Berlin is hugely overrated from a tourism perspective, I can understand the desire to experience modern Germany and the vibrant youth culture that the city offers. As the capital, there is a good mixture of old-world museums and new-world city aesthetics. It has an extremely innovative culinary scene and there is always a concert or performance to go see.

To see the past though, you will want to take a trip out to the old Prussian city of Potsdam, where much of the city survived WWII, including a collection of palaces and gardens from the days of Frederick the Great.

To the north, on the Baltic sea, is the only Hanseatic city to make this list: the city of Stralsund. Also a UNESCO heritage site, it offers the best-preserved brick cityscape in Germany, and here you can get a feel for life on the Baltic coast.

For simplicity, I chose a return via Frankfurt but this is of course optional. The train ride from Berlin to Frankfurt is about 4 hours, but given the range of possible delays, I would not recommend making this trip on the same day as the return flight.

While Munich and Berlin are cool, I don’t think they necessarily represent the best that Germany has to offer. If you have already traveled a bit in Germany, or don’t feel any desire to visit Neuschwanstein, then take a look at the following list of my personal highlights in Germany.

The focus here is, as usual, on historical and cultural settings, as opposed to places of natural beauty or contemporary life. Berlin for the most part fails to meet these criteria, and its location in a remote corner of Germany makes travel there difficult to justify when there are other things to see. I swapped Munich and Bavaria for Hamburg and the Baltic sea, not because the latter are better, but because they are different. Hamburg, in particular, is not an especially interesting city, but the region around it is underexplored by tourists and is just as distinctive as Bavaria.

1. Arrival in Frankfurt and Exploring the Rhine Valley

As in the previous section, we arrive in Frankfurt to explore the Rhine Valley. However, I also added as an option the town of Marburg, a beautiful half-timbered village straight out of a fairy tale. Indeed, it may have inspired many of your favorite fairy tales, as the Brothers Grimm compiled many of their stories here.

Likewise, the trip to Franconia has been modified slightly with a suggestion to see Coburg rather than Regensburg. I would rate both as more or less equivalent in terms of the quality of the old town, but the castle in Coburg is one of the most fascinating in Germany. Among well-preserved interiors, it offers a fully intact armory from the 30 Years War, certainly unique in Europe.

3. Lands of the Saxon Princes

The central part of Germany lacks the major cities and urban centers found elsewhere, a neat fact that saved its many towns and villages from destruction in WWII. A layover in Erfurt is well rewarded with charming streets of half-timbered houses and inspiring cathedral spires. From there, you can travel out and explore the Wartburg Castle and the town of Eisenach, where Martin Luther translated his bible in secret. In the opposite direction is the city of Weimar, a cultural capital of Germany, home of Goethe and Schiller, and the birthplace of modern German Democracy. A step further back in time can be found in Naumburg and Quedlinburg, both home to a rich collection of UNESCO-protected medieval heritage.

The city of Hamburg was completely annihilated in WWII, on a level comparable only with Dresden or Rotterdam. Nevertheless, the inner city retains a mixture of preserved, reconstructed, and tasteful contemporary architecture. There is enough to see and experience for a full day, but it’s not quite the same experience as Munich. To see why going north is worth it, you have to travel out to the many towns around Hamburg. At the top of this list is Lübeck, another UNESCO heritage destination with one of the largest old towns in Germany. Schwerin offers a nice alternative to Neuschwanstein, with its distinctive 19th century Palace and Gardens. Lüneburg offers a glimpse into the medieval heritage of the Hanseatic North, one of the richest old towns in Germany.

As before a trip from Hamburg to Frankfurt is around four hours, but a flight out of Hamburg is not impossible either.