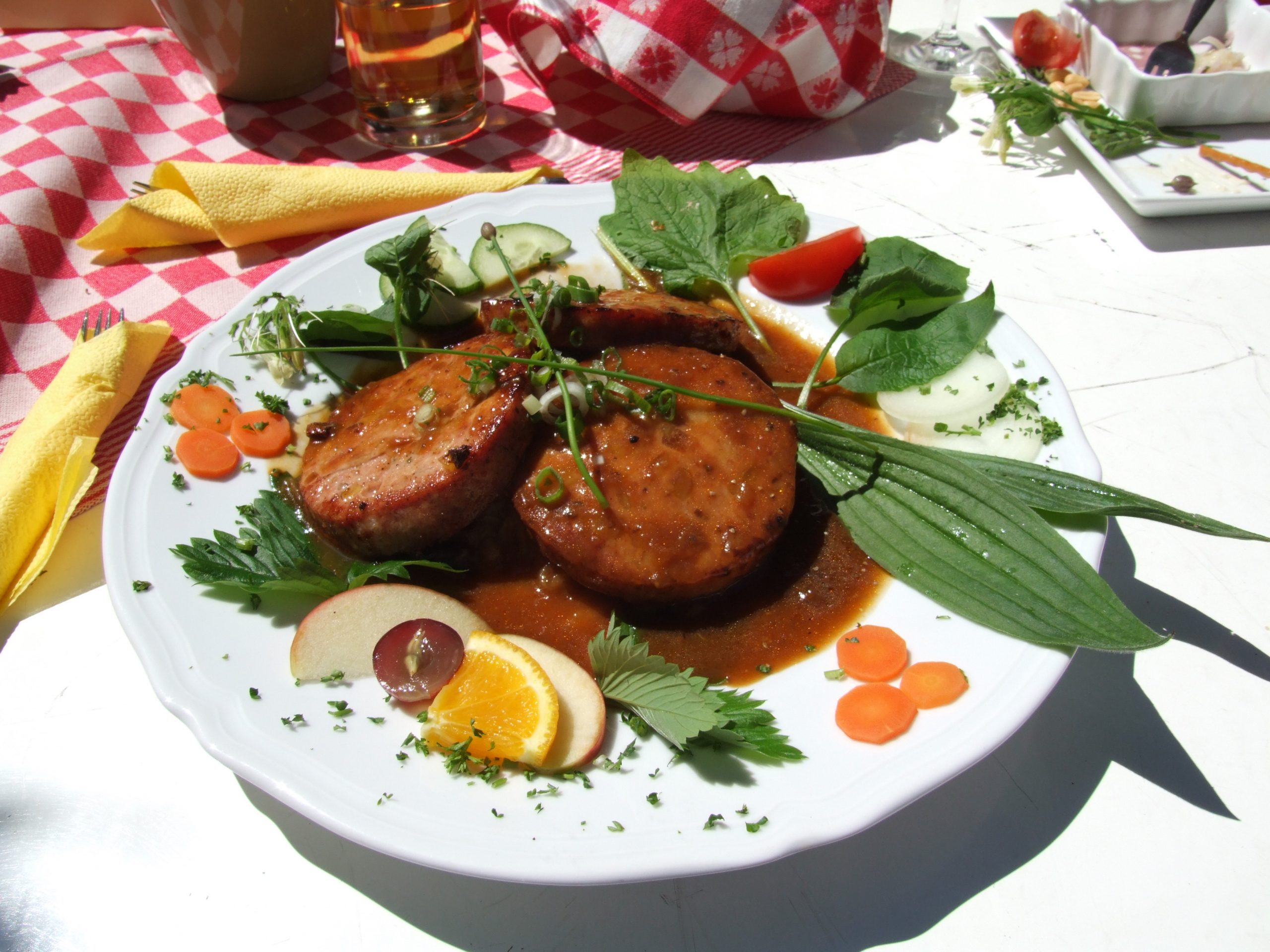 Every region in Germany has its own cuisine, typically variations on sausage, meatball, potato, and cheese. The Rhenish Palatinate is no exception, and this will be a brief guide to the main things to expect when traveling through the region. Expect Sausage, Bread, and Wine.

Elements of a Culinary Identity

The borders of the “Palatinate” are as complicated today as they were 300 years ago. Now that the historical region has been subdivided between three different German states (Baden-Württemberg, Hesse, and Rheinland-Palatinate), it can become very emotional should you “mistakenly” suggest that Heidelberg, rather than Kaiserslautern, is the cultural center of the Palatinate.

Regarding food, the Palatinate is centered on the broad plains of the Rhine. You can draw a rough oval around the cross formed by drawing a line between Mainz, Speyer, Kaiserslautern, and Heidelberg. Historically the cultural center of the region was in Mannheim, but today most Germans consider the Palatinate limited to the forested regions around Kaiserslautern. Nevertheless, traditional food from the region can be found in most places in this part of the Rhineland, even if nobody considers themselves truly part of the Palatinate.

The main highlights of the region are its Saumagen sausage, Dampfnudel dumpling, and its wine.

The core identity of Palatine Cuisine is probably the Saumagen, which translates roughly as “Pig’s Stomach.” Indeed, as is often the case with German, this is quite accurate. This is a sausage created by stuffing a pig’s stomach with potatoes and pork, then spiced with onions, marjoram, nutmeg, and white pepper, and then boiled. There are, of course, an infinite number of variations on this recipe. It is similar in concept to the Scottish Haggis but is otherwise completely different in terms of texture, taste, and, indeed how it is consumed.

Traditionally, it is sliced thickly and then fried, and often served with sauerkraut and rye bread. It will often appear with other sausages on a smorgasbord-style platter.

Similar to Asian-styled bread dumplings, the German variety is also steamed, though typically without filling. The bread is made with yeast which allows the dumplings to rise on their own and notably also with sugar. They are cooked in a large, closed pot with salt water and fat (according to Wikipedia, this is what differentiates them from Bavarian Dampfnudeln) until the water has evaporated or been absorbed. This will yield warm sweet rolls with a light crust.

Most Germans will eat Dampfnudeln as a dessert or on the side, typically served with a sweet vanilla or fruit sauce. By contrast, people in the Palatinate will eat them as the main course, often with savory accompaniments such as fried potato and steamed vegetables.

The entire Palatinate falls into the wine-drinking arc of Germany. This region, as with most of the Upper and Middle Rhine, has little to offer in the way of beer. Indeed, you likely do not find anything more appealing than the GenericPils™, completely devoid of any flavor. Instead, there is wine, and there is a lot of wine. Most of the wine will also taste somewhat generic and perhaps lacking in depth, but there is so much variety that you will always have something new to try.

The main grape of the region is the typical German Riesling, but the Palatinate is far enough south that several other varietals are also grown, including Pinot Noir, Chardonnay, and also Muscat. The Muscat grape is probably the closest thing the region has to the unique flavor of the wine. Those from this region have a rich sweetness and, in my opinion, are the best that the Palatinate offers. German Pino Noir wines from this region typically have a deep woody flavor and often taste only of tree. The Riesling wines from the Palatinate are middling in terms of quality, behind the Mosel/Saar varieties, but they are far ahead of the Middle-Rhenish types.

As the cultural center of the Rhenish-Palatinate, Mainz offers a number of fairly local delicacies focused around wine and cheese. Make sure to try some of them before you leave. A good idea might be to simply visit the weekend market or a local grocery store and look for some there.