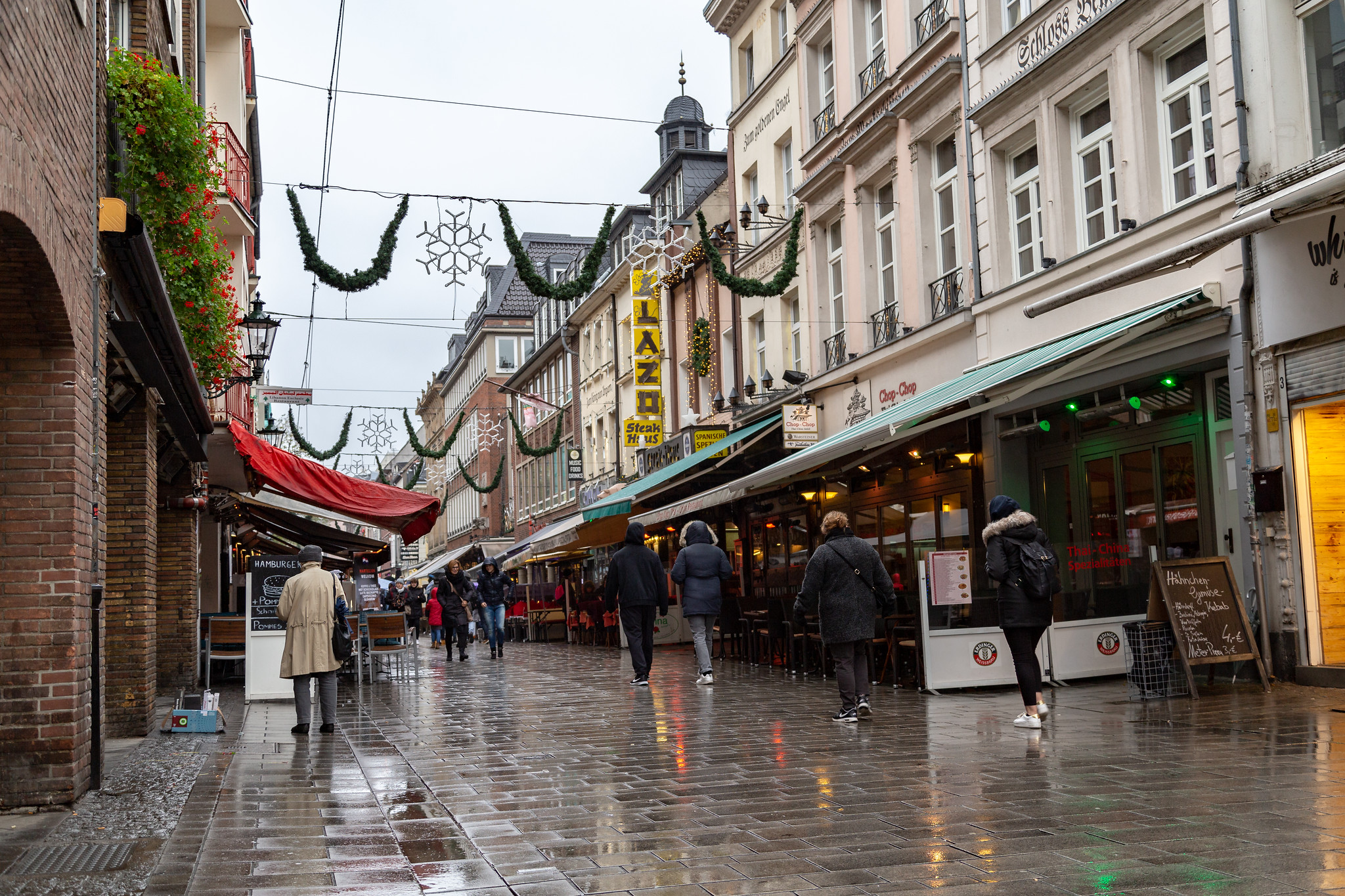 Düsseldorf is the best place to be in the Lower-Rhine Valley. It has all of the best restaurants, culture and nightlife that the region has to offer. Its not just the present though, Düsseldorf has a long history as a center of cultural development and many of its traditions live on today. Let’s take a look at something the things that make Düsseldorf worth experiencing.

One of Düsseldorf’s main attractions is its traditional beer breweries. Altbier is the cultural icon of the city and no visit to Düsseldorf can go without a tour of its many Altbier varieties.

Altbier is an older beer variety from the 18th century made with an indigenous hop variety. This enables the fermentation process to proceed at a higher temperature. This limited the need for artificial cooling during the brewing process and enabled the beer to be produced much easier than newer beer types. This would end with the invention of mechanical refrigeration in the late 19th century, and the lighter beers using South German and Bohemian methods became increasingly popular.

Alt- meaning old, simply refers to the old ways of making beer and they were often kept for the brewers themselves, sort of like a secret recipe. Their popularity would surge again in the post war period. The main centers for Altbier production are Düsseldorf, Krefeld, Mönchengladbach and Neuß.

The map shows the location of where you can get the freshest beer in the city center. There are of course many other brands of Altbier, for those you will have to find a restaurant or grocery store that carries them. Here is the list of brewers in order of my preference:

For Germans outside of Düsseldorf, Uerige is typically regarded as the best major brand. The residents of the city have differing opinions and I have arguments that Füchschen or even Frankenheimer is the superior beer. In more recent times there are more creative craft-breweries working with the traditional recipes, some of these are also quite good.

In the post war period, the Japanese took an interest in reviving economic relations with West Germany. Without a real capital city, Düsseldorf became a major center for Japanese and other Asian countries due to its connections with the resources and industry of the Rhineland.

One of the results was the development of a major culinary presence to serve the Japanese and later Chinese businessmen. Once Düsseldorf has one of Europe’s best centers of Japanese cuisine and was renown for its Ramen and other high-end restaurants. With German unification and the rise of other economic centers in Berlin and Frankfurt, Düsseldorf is no longer completely unique in this regard. However, many of the restaurants that made the city famous, such as Takumi, are still there. Indeed, the city has branched out and hosts a number of trend-setting Asian restaurants from all across the continent.

While Beer and Japanese food make for a good modern experience, Düsseldorf has a long history. Its traditional cuisine has strong roots in the Rhineland and it shows with some of the more typical fare. Here are some things to look out for:

One thought on “Traditional Food and Drink of Düsseldorf”