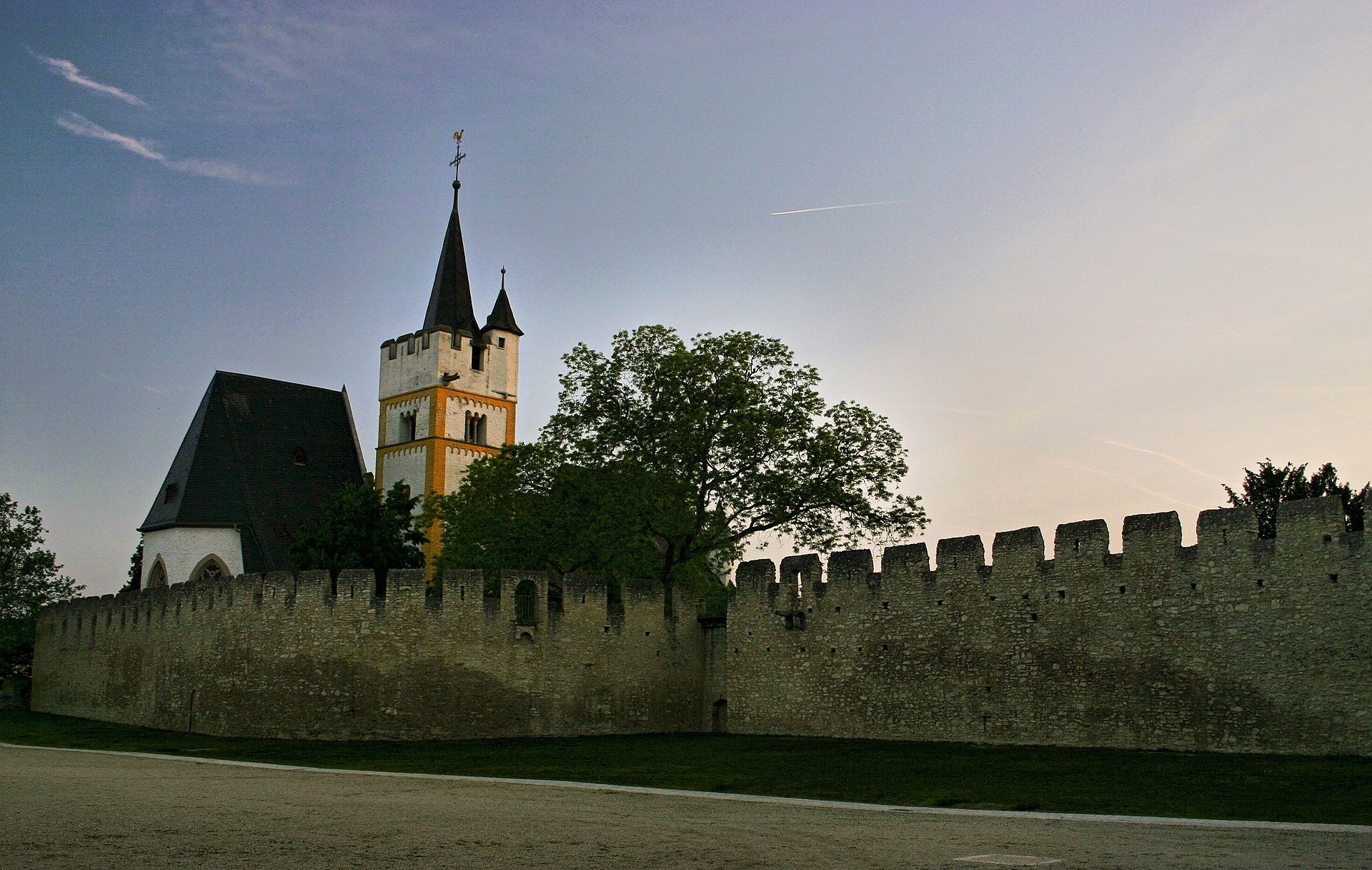 This hike takes you from the main station in the town of Ingelheim to the nearby village of Gau-Algesheim. You start off with a visit to the ruins of the early medieval palace of Emperor Barbarossa. The ruins of the Ingelheim Palace are among the best preserved from the early Empire. This tells you a lot about how many of these have survived.

The hike continues into the rolling hills and vineyards of the Rhenish-Palatinate, with spectacular landscape views. About halfway, you will encounter the small fortified church of Upper-Ingelheim with its picturesque wall and old-town. After some more rolling hills of the Rhineland, you will reach Gau-Algesheim with its picturesque market square.

Photography Note: You will want to walk with the sun on your back, so it’s probably best to start in Ingelheim in the morning. Pictures of the palace ruins and fortified church will also be best when the sun is still rising in the east. The trade-off is that the hike is not very long, and the best pictures of Gau-Algesheim are also best taken in the morning or evening.