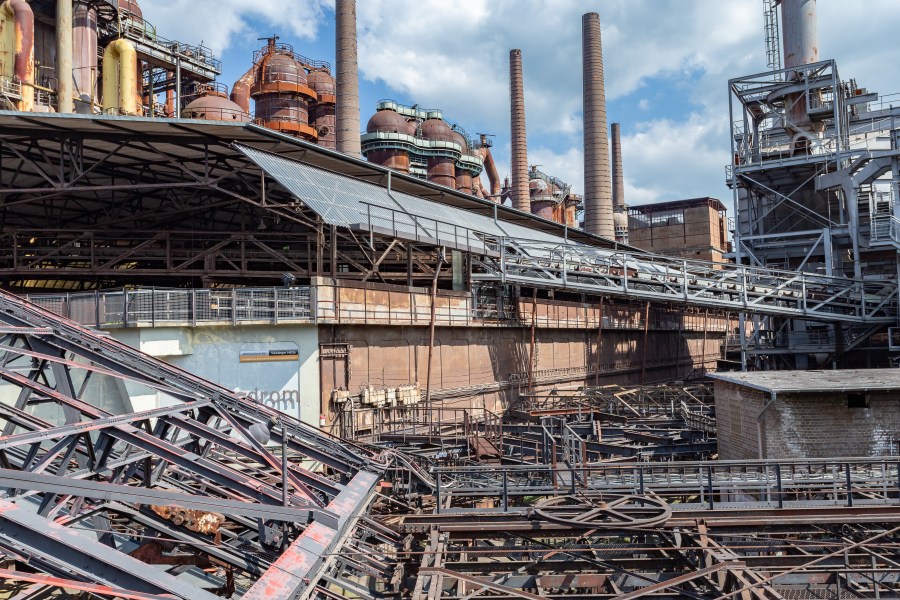 The Saarland is an under-explored region hidden in the western borderlands of Germany. Much of the region is covered by dense forests and mysterious ruins, dotted with timeless villages. The exception is the Middle Saar Valley, which was and remains one of the largest industrial districts in Germany. So what is there to see in this region of woodlands and concrete jungles?

3. The City of Saarbrücken

Saarbrücken has the the largest and most impressive old-town in the Saarland, despite losses in the 20th century. From the remnants of the Protestant city of God to the Medieval streets of St. Johann and the the 19th century architecture of the new town, Saarbrücken sets the architectural atmosphere for the region. Explore the unique Rhenish-Saarland style of the Ludwig’s church, the palace district and the City Church of St. Johann.

2. The Steel Jungle of Völklingen

The Ironworks of Völklingen were once one of the largest in Europe. Founded in Wilhelmine Germany before WWI, it was not destroyed in WW2 and remained in operation until the late 1980s. The unique combination of industrial landscapes from across the centuries offers a window to the history of technological progress. So unique is the museum, that the UNESCO committee declared it one of Germany’s first World Heritage sites. Nowhere else in the world can you disappear to such a well maintained and intact jungle of steel.

1. The Natural Landscape around Mettlach

The Saarschleife is a large horseshoe bend cutting through the Palatine Highlands. An observation platform at the peak of the bend offers spectacular vistas of the Saar Valley. Mettlach itself is a center for porcelain production and is the old center of Villeroy and Bosch, who still have a factory and outlet store in the old Benedictine Monastery. The dense forests of the Saar valley surrounding Mettlach are a departure from the Industrialized region around Saarbrücken and offer many days of hiking and things to see.

The Baroque Residence of Blieskastel (Optional)

Blieskastel would come into the possession of the Leyen family at the end of the Thirty Years War. In the following centuries it become a small county capital with a palace and a baroque cityscape. French Revolutionary militia would burn the palace and parts of the town and forced the Leyen family into exile. Spared any further destruction the town would not take part in the industrialization of the Saarland and retains its small, but uniform baroque appearance. Without a rail connection, and hidden in the rolling valleys of the Bies river, the town is difficult to reach and is this marked as optional on this tour.

The Village of St. Wendel

Already by the 10th century, St. Wendel was a major pilgrimage destination. The relics of Saint Wendelinus were a major pull, and by the end of the 13th century, Trier granted the city privileged market rights. The town was devastated by the wars of the 16th and 17th centuries and never recovered. Today, the main sight are the town’s charming atmosphere and spectacular late Gothic basilica. The church shows strong influence from South German Gothic traditions and is the only church of this style in the Saarland. (The region displays an otherwise strong connection to Lorraine.) Despite being plundered on many occasions, it retains a substantial inventory of artifacts from across history.

The Rococo Residence of Ottweiler

The County of Nassau-Saarbrücken had turned Ottweiler into a summer residence, with a spectacular Renaissance palace and planned cityscape. This was all destroyed in the Thirty Years War, and later attempts to rebuild the residence failed to large extent. Eventually, the architect Friedrich Stengel was contracted to build a widow’s residence and summer pavilion on the Blies. The Pavilion with garden has been lovingly restored, and the town itself has the most intact baroque cityscape in the region.