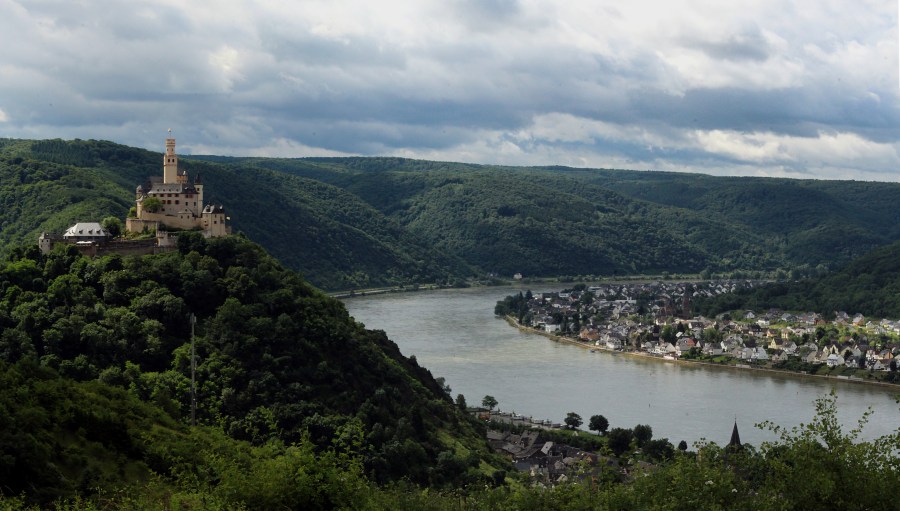 The Marksburg is the only medieval castle to have survived undamaged on the Rhine. Its shining white appearance and soaring white towers make it one of the most iconic images of the Rhine valley and one of its most historically immersive. This hike is about walking around the ridge of the surrounding valley to get the best views of the castle from a distance. 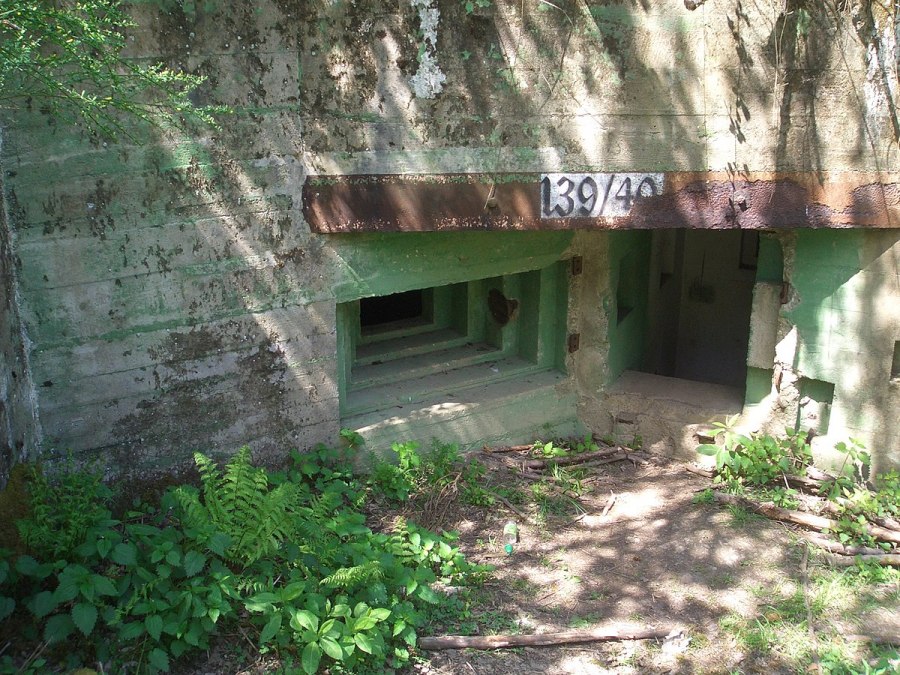 The Battle of Hürtgenwald was a rare Allied Defeat on the Western Front in WWII. Unlike other failed campaigns such as Market Garden or Kasserine Pass, the Battle of Hürtgenwald was a devastating meat grinder. The Kall Valley formed the initial assault vector for the allied attack. The steep hills and inclement weather created immense difficulties for Allied Forces. This hike combines the beautiful natural landscape of the Eifel with the traces of this devastating conflict. 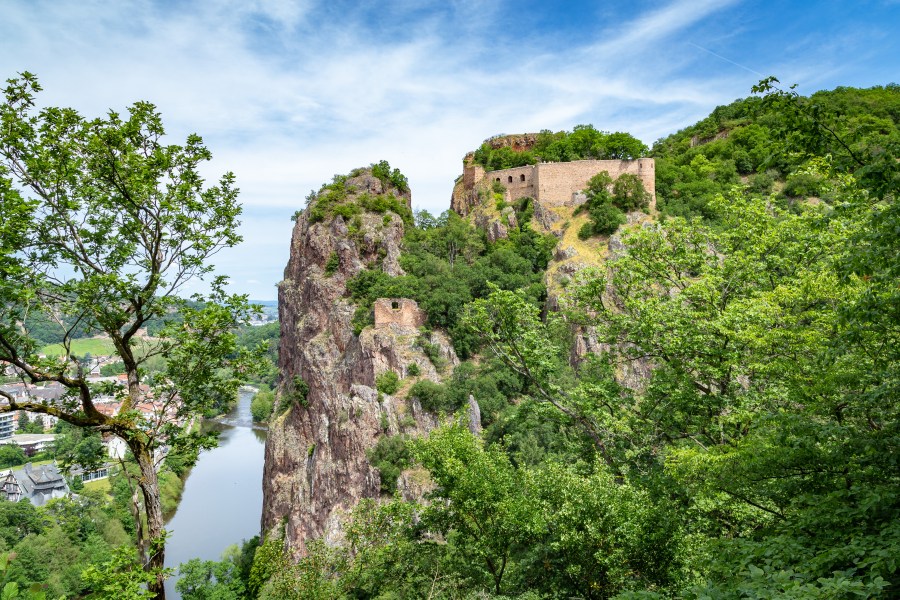 One of Germany's truly hidden gems is the Nahe Valley and the dramatic gorge that the river carves through the landscape. The Rothenfels or the Red Cliffs is a sheer vertical massif that rises from the otherwise flat landscape of the Palatinate. This hike takes you to the two main sights, the beautiful Red Cliffs and the ruined Artillery Bastion on top of them. 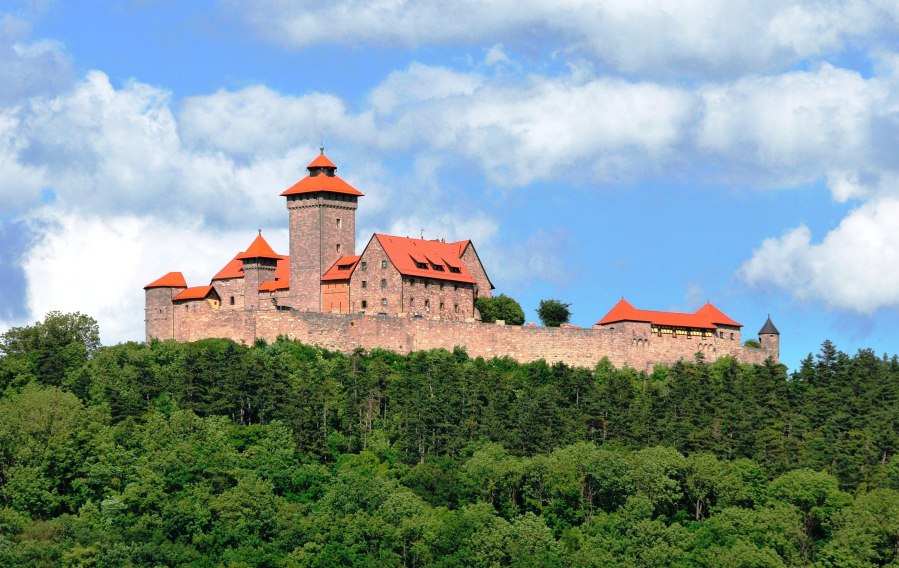 The three Gleichen castles were the seat of the County Gleichen, in addition to fortresses belonging to the Abbot of Hersfeld and the Margraves of Thuringia. The castles guarded the important trade route of the Via Regia, and were subsequently besieged and destroyed multiple times over the course of history. Today, the three castles form a dramatic landscape in the Thuringian basin that is also easily accessible. Take a high-speed train from Frankfurt to Berlin through Erfurt, and you will see them as you pass by. This hike takes you on a trip to visit all three. 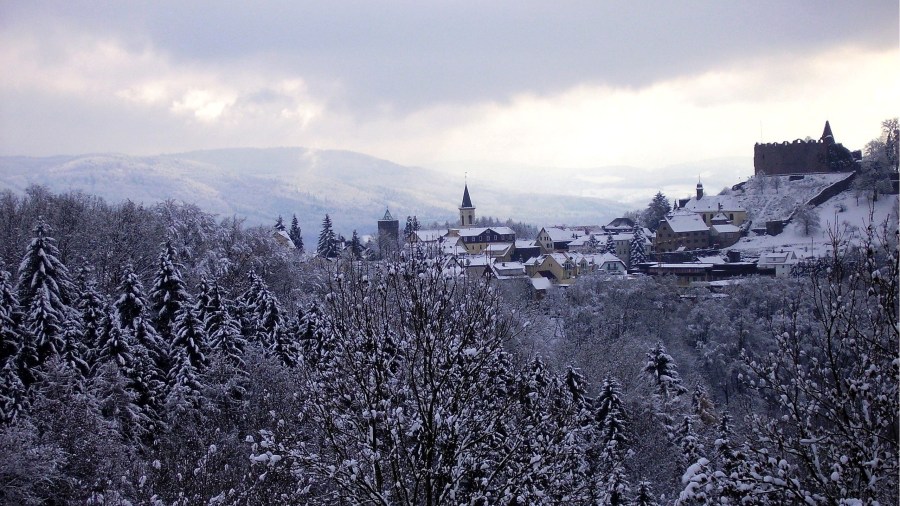 Lindenfels was once an important outpost of the Electoral Palatinate in the Odenwald. However, as the region declined in economic importance, so did the castle. Though it was not destroyed, the Electors had the fortifications scrapped and sold for building materials to fund projects elsewhere. This hike takes you through some of the beautiful Odenwald landscapes up to the ruins of the Lindenfels castle, and back to the start.

This website uses cookies to improve your experience while you navigate through the website. Out of these, the cookies that are categorized as necessary are stored on your browser as they are essential for the working of basic functionalities of the website. We also use third-party cookies that help us analyze and understand how you use this website. These cookies will be stored in your browser only with your consent. You also have the option to opt-out of these cookies. But opting out of some of these cookies may affect your browsing experience.
Necessary Always Enabled
Necessary cookies are absolutely essential for the website to function properly. These cookies ensure basic functionalities and security features of the website, anonymously.
Functional
Functional cookies help to perform certain functionalities like sharing the content of the website on social media platforms, collect feedbacks, and other third-party features.
Performance
Performance cookies are used to understand and analyze the key performance indexes of the website which helps in delivering a better user experience for the visitors.
Analytics
Analytical cookies are used to understand how visitors interact with the website. These cookies help provide information on metrics the number of visitors, bounce rate, traffic source, etc.
Advertisement
Advertisement cookies are used to provide visitors with relevant ads and marketing campaigns. These cookies track visitors across websites and collect information to provide customized ads.
Others
Other uncategorized cookies are those that are being analyzed and have not been classified into a category as yet.
SAVE & ACCEPT
Cityscape Travel
Proudly powered by WordPress Theme: Lovecraft.