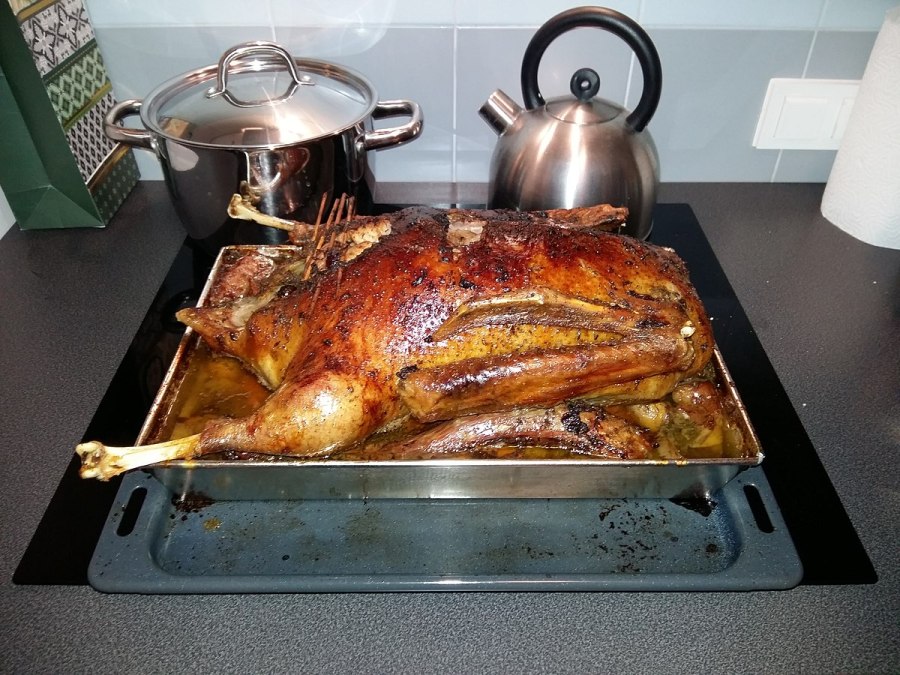 Goose was a common food of the Middle Classes from the Early Modern Period to the middle of the 20th century. Today it lives on mostly as a holiday dish for St. Martin's Day and Christmas, as typically associated with Catholic regions of Germany. This variation is a take on the most traditional version of the recipe. It is a simple roast with a wine sauce. 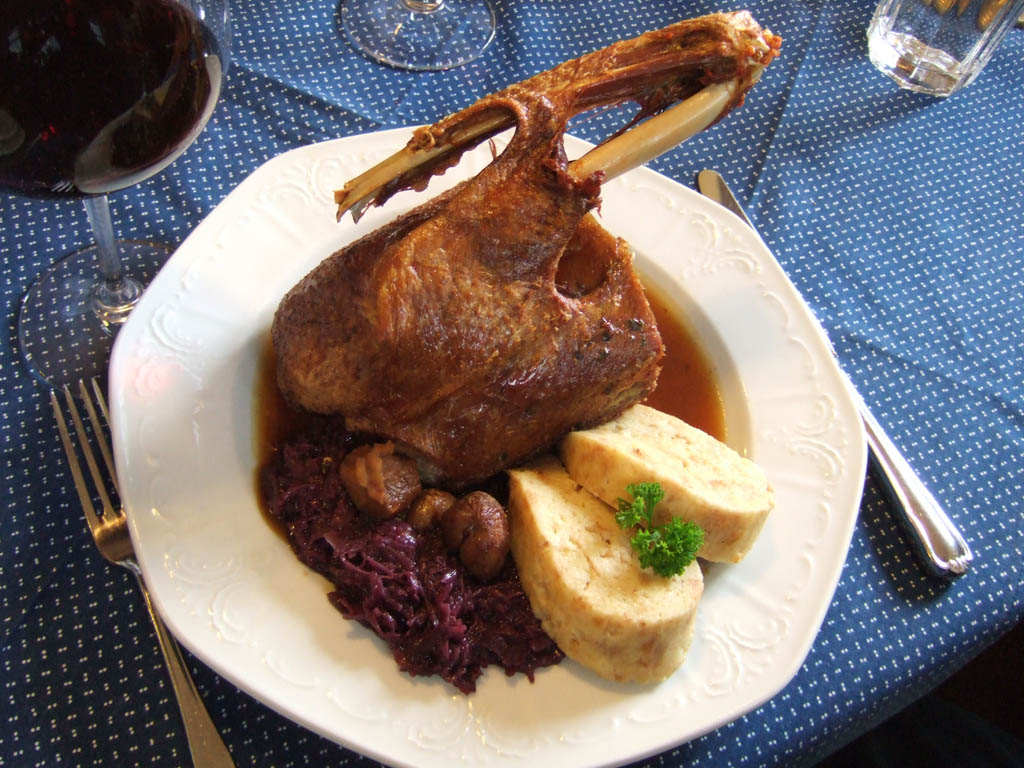 Goose was a common food of the Middle Classes from the Early Modern Period to the middle of the 20th century. Today it lives on mostly as a holiday dish for St. Martin's Day and Christmas, as typically associated with Catholic regions of Germany. This variation uses chestnuts as part of the stuffing, which could have been found across most Central and South-Western Germany.