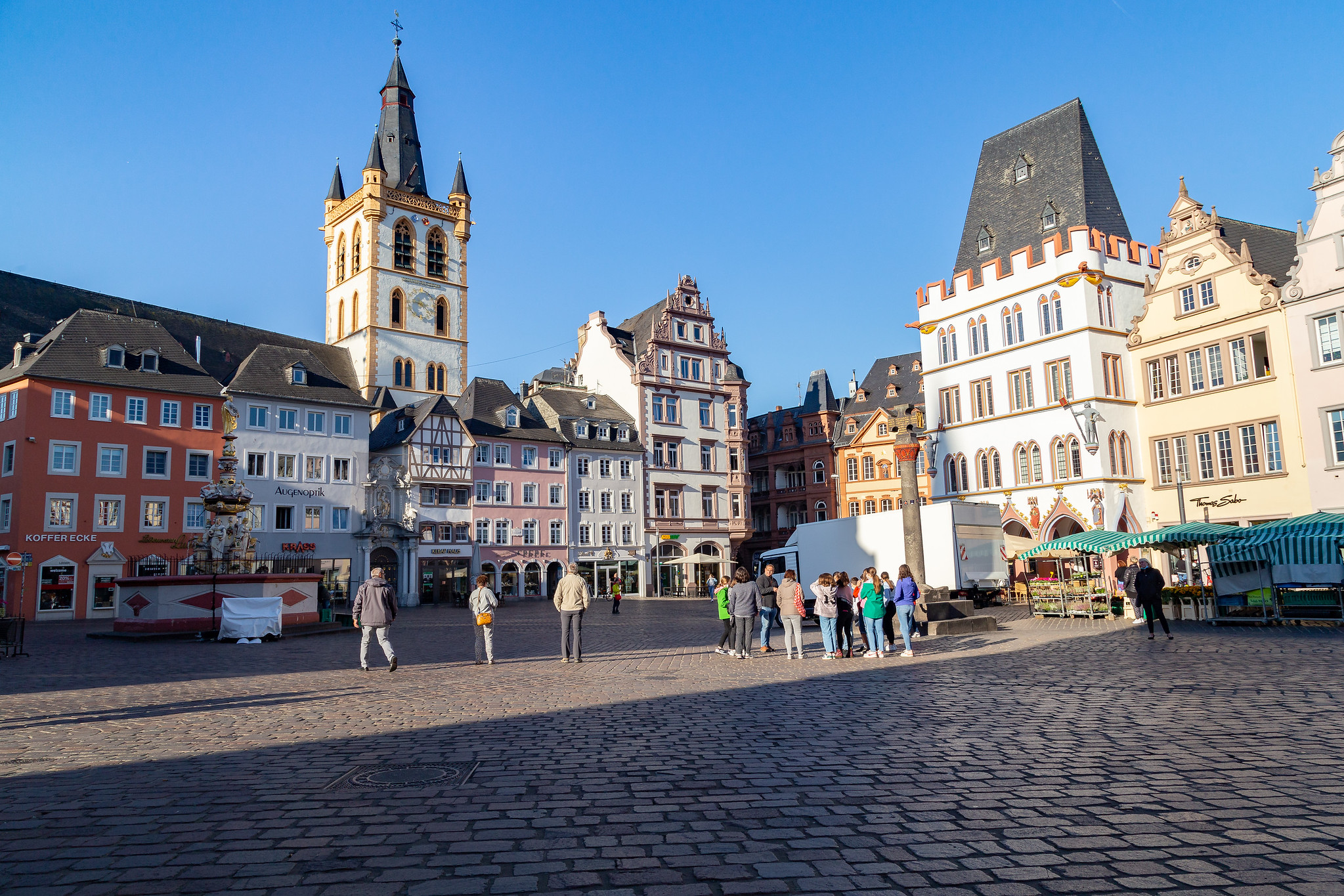 The ancient city of Trier is one of the top tourist destinations in Germany. Full of Roman ruins, rich museum collections, resplendent churches and an atmospheric cityscape. It would be easy just list off the top destinations in alphabetical order, as you might find in a standard guide. Instead let’s dig into the city’s past and see if we can uncover a narrative that provides some context for what we are looking at in Trier.

The story of Trier is one of contrasts: of decline and splendor of stagnation and innovation. This is a city with highly concentrated “cultural corners”, and it helps to know where they are. The city itself was targeted both by allied bombing raids and ground combat in WWII. Though the city was not devastated to extent that Cologne or Dresden faced, the losses are substantial and reduce the interesting parts of the town. It also resulted in disjointed parts of old-town, separated by nothing or by modern office blocks.

Should you visit Trier?

From a tourism perspective, I think Trier deserves an 8 / 10. As one of Germany’s premier tourist destinations it has the tourist infrastructure to match. It’s main weaknesses come from its size and location. Trier is tiny, and cannot absorb large tourist volumes. There are, for example, simply not enough restaurants, and even in the off season you need to make reservations at least one day in advance to have any chance at the best restaurants. The saving grace in this regard is Trier’s location: the middle of nowhere. Trier is virtually impossible to get to by train, there is no high speed connection and it is 3-4 hours from either Cologne or Frankfurt. This limits the numbers overall and keeps Trier from becoming a “historical theme-park” like Heidelberg.

In terms of historical preservation, Trier scores pretty average. At a 6, it is comparable to most above average destinations in Germany. It has more old-town than Koblenz or Mainz but less than Erfurt and much less than Bamberg or Heidelberg. Though it was not firebombed like Dresden, the war decimated Trier’s old town. The reconstruction did not favor styles that matched the existing cityscape and the wartime losses are extremely noticeable.

In terms of cultural immersion, Trier also looses out due to the wartime losses, again scoring a 6. Its hard to feel immersed in a “old-town” when there are modern glass and steel buildings on every corner. High tourist volume also doesn’t help much. That being said, the city is still owned by its residents and there is a lively student atmosphere full of hipster bars and locally owned restaurants. You can still get a sense that Trier is a living city.

Its a major city, so everything is easily accessible, and Trier scores top marks for interactivity. It earns an 8 instead of a 10 since the public transport options are limited and the city itself is located far from anywhere else. Additionally, in comparison to other German cities, there is a lot to see, and enough to see for everyone to have a fun time exploring.

Yes Trier is worth visiting, I would rate it as one the best places to visit in Germany

How to See Trier

Trier is a very small town, even by European standards you might even consider it a village. The flavor of life in Trier is colored by its status as a suburb of Luxembourg City. Many of its residents actually spend most of their daily lives in Luxembourg and return to Trier only for its lower cost of living. The area immediately around Trier is highly industrial, with logistics yards and component assembly plants, mostly serving the flow of goods in and out of Germany.

The tourist part of Trier is even smaller, focused on a right rectangle near the main train station. In addition, there are three other disjoint areas of old-town. The “Zurlaubener Ufer” is the only river-side part of Trier worth mentioning. The nice part is the small bit on the north-side of the bridge, remnants of a planned 18th century dockyard village outside the walls. You will find some of the best restaurants here. To the North-East is the district around St. Paulinus. Notable for its well-preserved historicist avenues. To the south is Saarstraße street, ending at the monumental Monastery complex of St. Matthias.

Its worth mentioning that there are several major tourist attractions located in otherwise uninteresting neighborhoods. The Roman Bridge and the Amphitheater in particular, are located in areas that were hit badly in WWII or by post-war urban planning. I would recommend driving to these locations, there is nothing interesting around them. The same is also true of the Barbara Baths, Forum Baths and the view points over the city. Additionally, while Saarstraße has some nice 19th century buildings, its not worth walking the entire distance. To reach St. Matthias, I would recommend travelling by bus or to the Trier-South station.

If you want to read about Trier in more detail see this article here:

For more detailed travel information and opening hours check out this post here:

Trier is a highly interactive city with many things to do and see. Below is an outline of when things are open and where they are located. This should help plan your visit and make sure that you get to see everything you want to.

Trier is one of the best destinations in Germany. Full of mysterious ruins, resplendent churches and rich museum collections. It has the atmosphere to match destinations of much greater size.

If you want to explore the region around trier checkout these articles:

The sweeping visas and ancient castles of the Mosel Valley are among the most iconic images of Germany. I suspect that the top destinations will not come as a surprise to many, as their pictures adorn books and google searches for Germany. This short list help you decide what places are worth visiting on the…