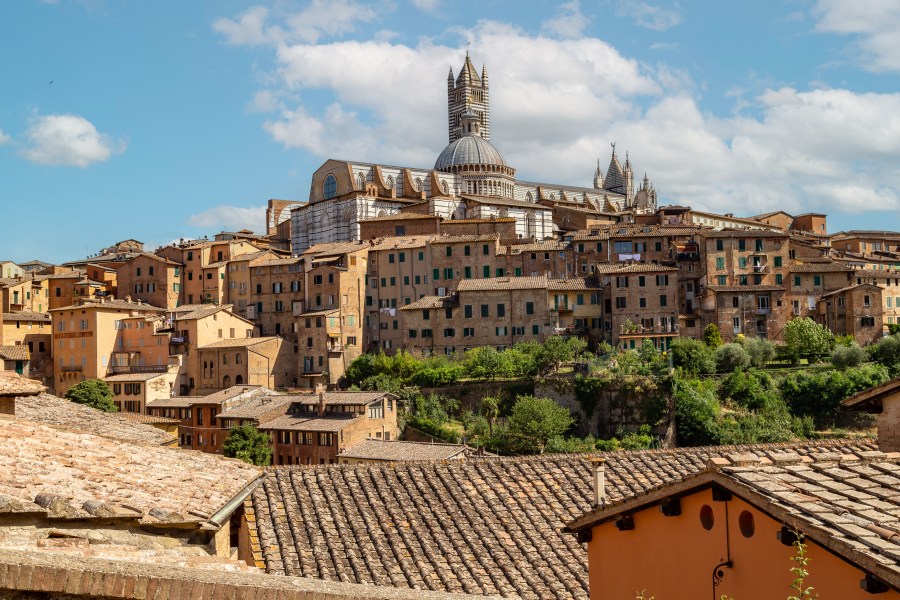 Summary: Yes, Siena is what I would describe as “Peak Europe.” It doesn’t get better than this.

You can think of Siena as a smaller and more subdued version of Florence. This description captures the nature of the cityscapes, each city state’s historical ambitions, and the art both cities produced. Florence overflows with tourists, who crowd vast avenues lined with marble-clad palaces. In contrast, Siena awaits a smaller crowd meandering through alleyways of sun-baked brick. Where Florence abandoned tradition to create its school of art, Siena embraced and worked within it. Florence was a plutocratic oligarchy ruled from the shadows by the Medici, whereas Siena was a communal republic led by its citizens.

The main difference will be the relationship that Siena shares with its visitors. Florence is, by all means, a historical theme park or open-air museum devoid of local culture. Siena shares some of this problem, as its small size makes it easy to crowd in the summer. However, when you wake up in the morning, you see residents loading up cars for their commute to work or retirees enjoying an espresso. It feels like a city that is still alive and well, one that serves its residents foremost and tourists second.

The story of Siena is one of a small republic trying to find its way in a world of aristocratic privilege and aggressive neighbors. Between 1287 and 1355, Siena was ruled by “the Nine” or “the Nine Governors and Defenders of the Commune.” Nine citizens of the city were chosen by lottery to serve on the governing council for two months. During this time, each member would serve as the chairman for one week. Confined to the Palazzo Pubblico for the entire period, the chosen nine would have to wait 20 months before having a chance to do it again. The massive turnover of citizens on the council ensured that hundreds of people had an opportunity to lead the city.

However, it was clear that some individuals in Sienese society were considered “greater than equal” due to their wealth and status. In 1277, before the Nine inherited rule of the city, the people chose to exclude nobility and certain professions, such as lawyers, from serving in government. The Rule of the Nine included these exceptions, and the government was constantly struggling against aristocratic privilege seeking to undo these limitations.

The age of the “Good Government,” as the Nine was also known, and the struggles it endured left an enduring mark on Siena’s legacy. The city is often noted for having a remarkably uniform color, i.e. “burnt Siena”. The Uniform construction in both material and style reflects the communal government, which restricted the growth of palatial estates made of carved stone. However, especially in contrast to the naked aristocratic oligarchy of the Florentine Republic, the civic pride that the Nine fostered can be seen in the art of Siena.

Sienese art reaches its pinnacle in the age before the Black Death and the fall of the Nine. From the beginning, Siena was obsessed with detail and preserving the Italo-Byzantine design traditions. Unable to embrace the humanistic impulse favored among the nobility in Florence, they opted for a populist approach. Conservative design was popular, and Sienese artists infused their work with optimism and glow not seen in Florence’s dark, ritualistic works.

Initially, the cityscape was a popular theme among artists, celebrating the “Good Government.” With the Black Death, the chaos, and the end of the Nine, we see the city fade as a motif in Sienese art. Gone too is the optimism, and the communal spirit is swept away as aristocratic humanism and the schools of Florence assert their supremacy. By 1450 all vestiges of the Republic were gone. A century later, Siena itself faded into history.

Should you visit Siena?

As Siena gets a 10/10 in almost every category, it is hard to come up with anything bad to say about the city. Siena is a major tourist attraction, and during peak season, especially during the Palio di Siena (The horse race), it will be crowded. Nevertheless, Siena is not Florence, and fewer people will journey to see the hilltop city. The city has enough parking and accommodation for an average day, and Siena is also easy to reach by train. As with most destinations in Italy, try to avoid the peak tourist season and the late summer months for the best experience.

The city is immaculately preserved, and its hilltop cityscape means that much of the urban sprawl around it remains hidden. It’s hard to describe a more immersive experience of Renaissance Italy’s historical atmosphere. The colors of the burnt Sienese brick are the only constant factor as you wander around a dynamic cityscape of winding alleyways, sharp corners, and dramatic vistas. There are no attempts to “reinterpret” historical buildings with glass and steel cages, and during the Palio, the entire city is covered in the flags for each district.

Viewing the cityscape from its many vistas and viewpoints is an inspiring experience. Every turn, corner, and tower reveals a new and incredible vantage point. Only a handful of cities have such an experience, and Siena rates highly, along with Lisbon, as the best panorama cities in Europe.

There is perhaps no better immersion into the local culture of Siena than the Contrade. The Contrade were subdivisions of the city during the middle ages to organize the supply of manpower to the city’s defenses. As they were based on geographic divisions of the city, they are also associated with specific groups of people, trades, and professions. Today the spirit of the Contrade continues, with each competing in an annual horse race, the Palio di Siena. The spirit of competition means that this hyper-local patriotism is alive and well. As a tourist, you can even buy the Contrades’ flags on the street from hawkers.

You would be hard-pressed to find any other city in Europe where such a long-running competition between neighborhoods continues to foster local identity. Furthermore, the Palio isn’t just a tourist trap, it continues to be a serious sporting event, though it has been fully commodified for tourist consumption.

That you can still hear Italian spoken on the streets, at cafes, and in the churches already gives Siena a good rating, especially in comparison to Florence.

Siena is much smaller than Florence, so there is less to do overall. However, relative to its size, the city is just as open. There are enough restaurants, shops, museums, and churches to occupy one or two days of activity. The main challenge for Siena will be the opening hours, as with many Italian cities, smaller museums or restaurants can sometimes close arbitrarily.

Overview of Things to Do in Siena

Siena is a city of art and tradition, so most activities involve museums and churches. Additionally, the incredible viewpoints of the city can make for a relaxing stroll through the cityscape.

Opening hours in Florence can be arbitrary, so while you should always check before visiting, I compiled a list based on public sources. 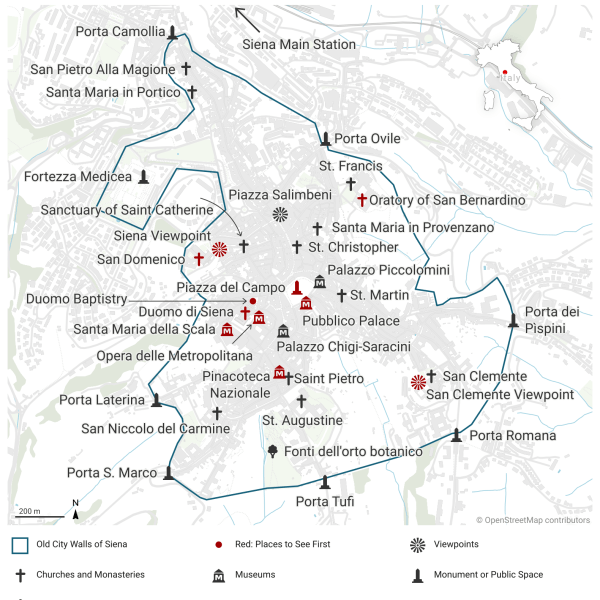 Siena is a highly interactive city with many things to do and see. Below is an outline of when things are open and where they are located. I won’t attempt to…

Siena is one of the best destinations that Europe has to offer. The caveat is for those individuals who prefer vacations relaxing on beaches or sitting in swimming pools. Even for individuals primarily interested in collecting Instagram footage, it is hard to beat Siena’s sweeping vistas. Siena is a city with something for everyone, and its incredible immersive capacity has few peers across the continent.

Return to the Republic of Siena

Explore the European Renaissance through a legacy of art and stone
Explore
We use cookies on our website to give you the most relevant experience by remembering your preferences and repeat visits. By clicking “Accept”, you consent to the use of ALL the cookies.
Cookie settingsACCEPT
Manage consent