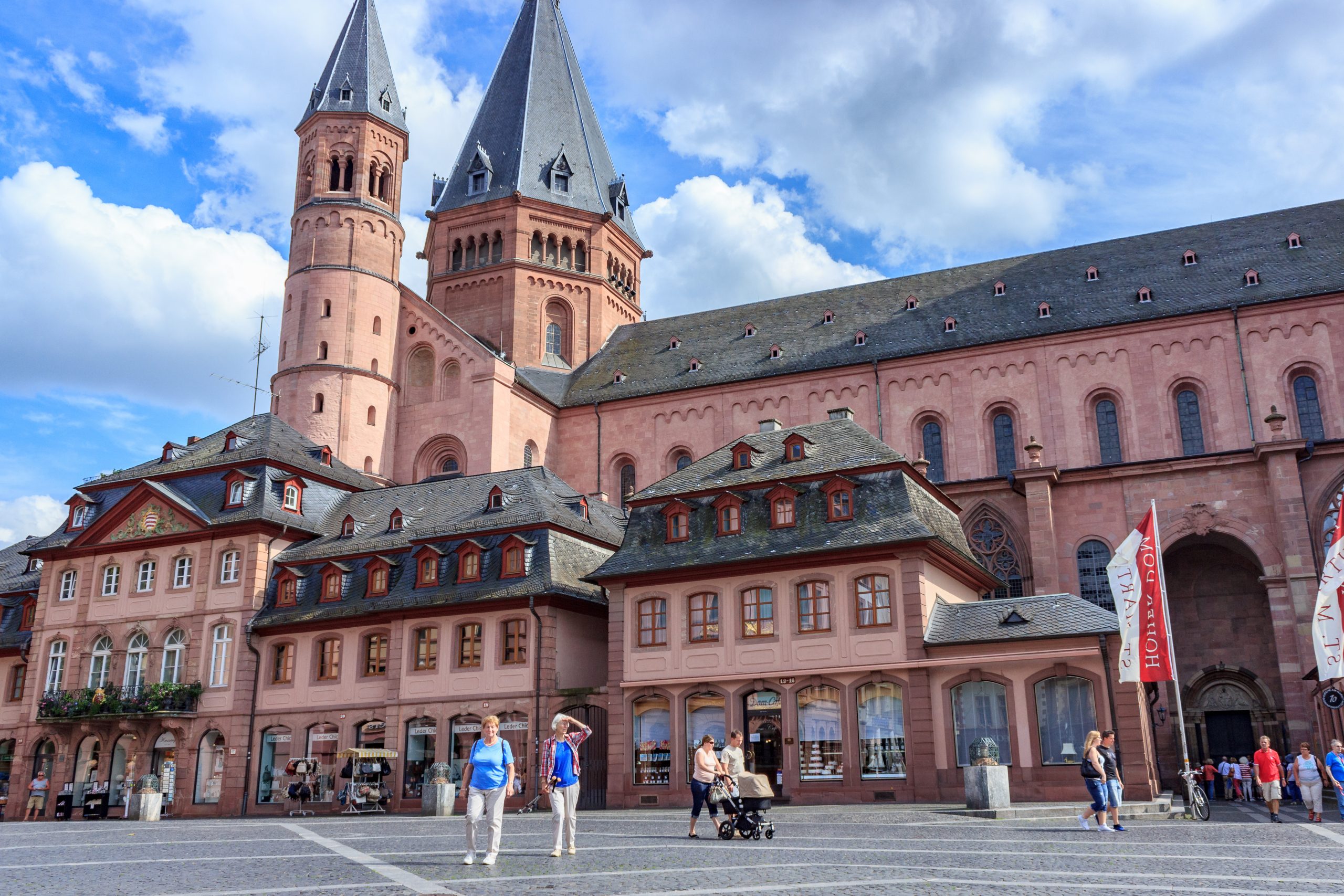 Summary: An overlooked city with a lot to offer, but not too much

Mainz is a somewhat unique city in Germany, in the sense that it offers both a strong cultural identity and a reason for tourists to come visit. Here you can enjoy local delicacies and wine from Mainz, while also enjoying the atmosphere of an old Rhenish cityscape. It is often overlooked due to the destruction the city faced in WWII, but that should not be a reason to skip Mainz, as there is enough left to make it worth your time.

Mainz finds itself in the unique situation of having been an important city in previous centuries while possessing bits of old town that survived World War 2. In contrast, Düsseldorf, which is also a major city and also has bits of surviving old town in comparable quantity, was never really that important. This means Mainz has both an epic medieval cathedral, a collection of Baroque palaces and and old town worth visiting, whereas Düsseldorf just has some old town-houses from the 19th century. The only cities comparable to Mainz in this regard are the much larger cities of Berlin and Munich, and the more well known city of Dresden (Mainz has more old town than Dresden though).

Should you visit Mainz?

From a tourism perspective, Mainz is a fairly well established destination and has all of the offerings you would expect. While it is well suited for day trips from Frankfurt, it lacks the overnight accommodation and experience that would make it worth staying there. So for that I give it a solid 7.

In terms of historical preservation, the city was not built tabula rasa, so much of the older city grid has been preserved. This means that there are many individual buildings that have survived scattered around, giving the city an old-world atmosphere, even when not in the main tourist district. On a European level its slightly below average, so I think a 5 is appropriate.

Mainz has its own flair for food and drink in addition to a lively student population, which makes cultural immersion rather natural. The opportunity for this sort of immersion probably only exists outside of the tourist zone though. The old-town itself is probably too small to get this effect at more than a handful of places. The size also means that the old-town can feel extremely crowded with tourists at times. I give it a 6 for cultural flair but it might be too touristy at times to score higher.

Like most German cities, everything has published opening hours at reasonable times. Mainz has the added advantage of being a large city, so there will always be available places to eat or drink regardless of the time or day. It looses points in interactivity because some of the interesting things to see are behind locked doors, such as Erthaler Hof, St. Johns and to large extent the Antonine Chapel. For that reason its gets an 8.

The Conclusion: Mainz is worth visiting … sort of. It’s not worth going out of the way to see, probably only as a day trip or on the way to see something else.

How to see Mainz

Getting to the old-town is not necessarily obvious since the main station is rather far away from the main tourist areas. The advantage of travelling through the main station is that walking up to Schillerplatz isn’t too far, and is worth seeing its own own regard. However, I would recommend taking the S-bahn or light rail to the Roman Theater station and either walking up the Augustinerstraße street or visiting the fortress first.

The area of old town in Mainz is fairly concentrated to the South East side of the Cathedral. Unlike other towns in Europe which faced systematic destruction, Mainz does not have any additional hidden islands of historical architecture in other parts of the city. You could make the argument that Schillerplatz, when looked at from the right angle, counts as concentrated old town, but I think that’s rather generous. There are also some nice streets above the city near St. Stephan and the citadel and you may find a few nice corners in the Historicist new town, but they are not worth your time.

For a more detailed guide to Mainz see this article:

For more detailed travel information and opening hours check out this post here:

The logistics of trying to see everything can be a challenge, especially in a location is complicated opening times. Fortunately Mainz is both highly interactive and tourist friendly. Below I have summarized the opening hours for each of the accessible destinations in my guide.

As the cultural center of the Rhenish-Palatinate, Mainz offers a number of fairly local delicacies focused around wine and cheese. It’s not common for a city to have such a unique local identity. Make sure to try some of them before you leave. A good idea might be to simply visit the weekend market or a local grocery store and look for some there.

You can read more about them here.

As the cultural center of the Rhenish-Palatinate, Mainz offers a number of fairly local delicacies focused around wine and cheese. Make sure to try some of them before you leave. A good idea might be to simply visit the weekend market or a local grocery store and look for some there.

Mainz is an underrated destination, especially as a day trip from Frankfurt. There is a lot to see and experience here. However, there is not quite enough left to make it a premier destination on a longer trip to Europe or to Germany.

If you want to explore region around Mainz, see these articles next:

Return to the Region Page