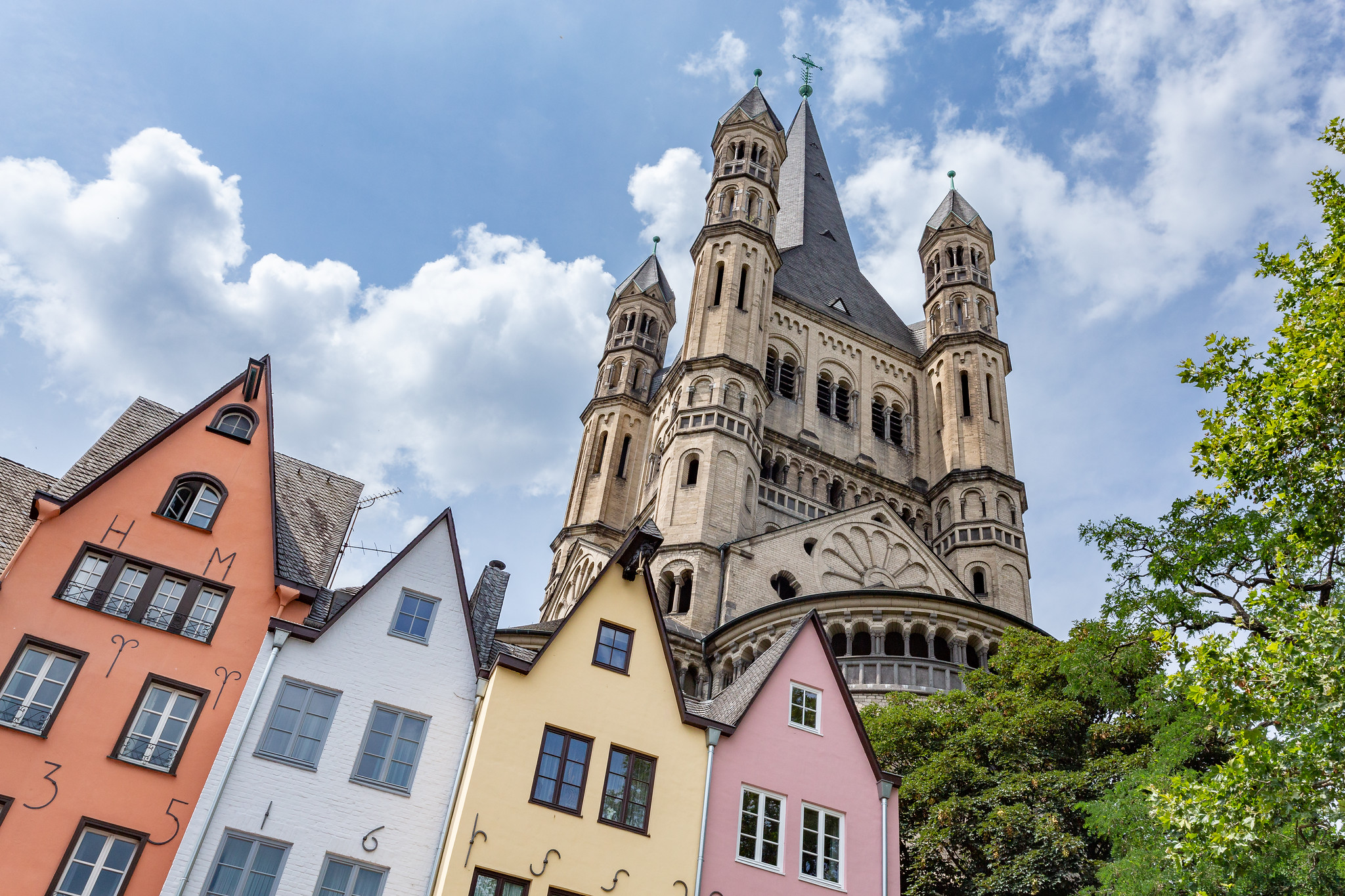 The ancient city of Cologne was, from its foundation by the Roman Empire until the high medieval period, perhaps largest and most important city within the borders of modern day Germany. It is noteworthy today for being one of the ugliest cities in Europe and possessing virtually nothing of value to the average tourist. That it consistently appears on tourist itineraries is possibly the biggest joke in European travel.

No seriously, its that ugly. I have no idea why people keep recommending this as a destination. Germany is full of beautiful towns and Belgium, with its rich urban heritage, lies just a few hours away. There is no reason to go here, unless you:

Should you visit Cologne?

From a tourism perspective, Cologne rates pretty low. For anyone traveling long distances without specific goals, there is simply nothing worth your time here. If you happen to be nearby, then the beer, museums and churches may offer something. Its also worth mentioning that the restaurant scene in Cologne is awful. Really, if you are in doubt for whatever reason, go to Düsseldorf.

Cologne wins some points back by virtue of it being a major trade-fair city. As such, you will always find accommodation and the transport infrastructure is acceptable. I give Cologne a 3 out of 10.

In terms of historical preservation, Cologne is at the lower bound with a 1. Even cities like Dresden have more to offer, and only a handful of obscure cities like Kassel, Pforzheim or Ludwigshafen would rate equivalently.

Cologne wins some points with cultural immersion, which I rate at an 7. The advantage here, is that as a large city large events, such as Carnival, are still fun and authentic. Its easy to feel like a local at virtually any pub.

Likewise, Cologne, as a Germany city, scores highly with interaction, also at an 7. Everything has published and regular opening hours and almost everything will be open to the public. It looses points for not really having a wide selection of restaurants and overall a lack of things to do.

One one hand, the central station is located right in the middle of the city, so visiting central bits of old town is easy. On the other hand, trying to see anything else is an odyssey that takes you across some of the ugliest urban landscapes in Europe. If you are legitimately interested in the Romanesque Architecture of the late Salian and Staufen Dynasties, then Cologne does actually have a lot to offer. For those people, I would suggest you read my travel guide on the city.

The ancient city of Cologne was, from its foundation by the Roman Empire until the high medieval period, perhaps the most important city within the borders of modern day Germany. Only traces of this legacy survive. This guide will take you to the few corners of Old-Cologne that remain.

For everyone else, the following list is everything you might want to see in an hour from the station while you wait for the next train:

For more detail on opening times and accessibility check out this table here:

Cologne is an absolutely massive city to walk across and its probably not advisable to try and see every single church on a single walking tour. Below is a list of opening hours for the main destinations that I mention in the guide

I would never recommend Cologne as a city to visit. Guides to Cologne should be consulted only in the instance where you are trapped in the city and have no option to leave.

Once you are able to escape, I have page dedicated to the region around Cologne: