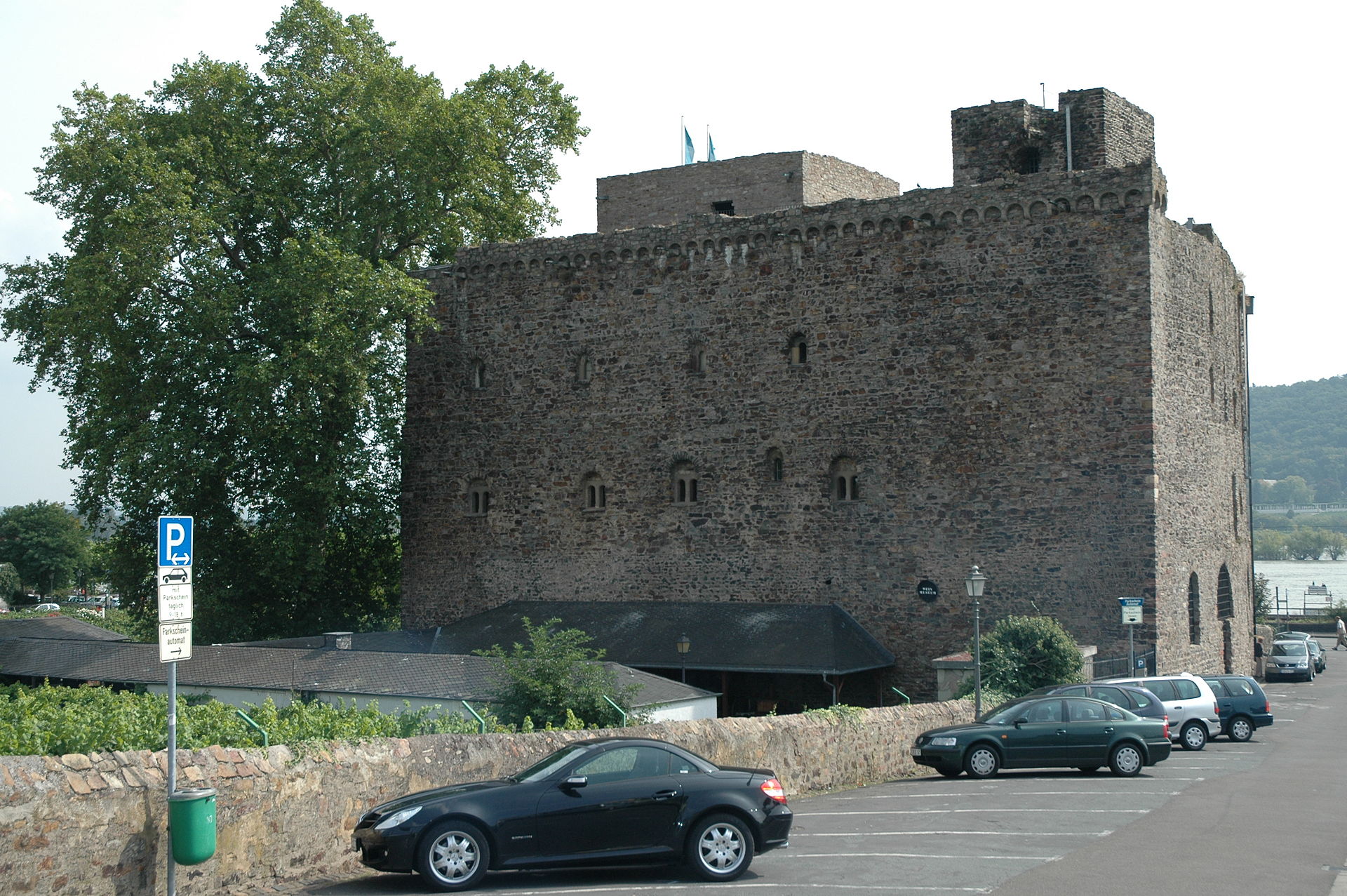 I recently acquired several new books, one of them is an architectural guide to the castles of the Taunus. As is typical with Germans, the title is boring, uninteresting and describes precisely what is inside.

One of the more interesting tidbits beyond the list of castles is a brief excursion into the history of castle construction and specific details of the Romanesque and Gothic design patterns.

Of special note is the chronological dating of the castles, which was historically done on a somewhat suspect basis. For the most part, of the castles built in the early Romanesque period, virtually nothing survives in the Taunus. Only with the onset of the Staufen period, especially the preiod 1208-1235 do we see the first rapid construction period.

Part of the issue with dating and examining Romanesque castles in this region is the primary building material, slate. Slate is difficult work with and typically is not modified by masons, but simply selected and placed. Buildings stones were often selected or carved on distant quarries and brought to the site. Masonry with identifiable markings is limited to window and door frames that were often removed or lost during later renovation or salvage work.

The most easily identifiable Romanesque feature is the fish-scale masonry pattern, which allowed an aesthetic application of the slate. The main issue is that it required large amounts of mortar, which required regular maintenance and was typically replaced later on, or rendered indistinguishable from surrounding masonry.

The two main castle remnants in Rüdesheim are representative of older Romanesque paradigms from around 1200. The Boosenburg tower is the last remaining part of a typical early Romanesque tower-castle, the highlands equivalent of a motte and baily construction. Through later expanded it retains much of its original masonry work. The larger Brömersburg castle still retains ornamentation, such as windows and door frames from the Romanesque period, which allow for an accurate dating of construction. This castle is unique in all of Germany, at least for its time. The castle preempts the four-winged palaces of the renaissance with fully enclosed passage ways and stair casts between each section. The origins of such a design likely originated in the nearby Monastery of Eberbach, where the seclusion of the monks necessitated such enclosures. Its likely that the Brömser family simply contracted the Monastery to build their castle.

For examples of a consistent design, we can look at the castles in Königstein and Kronberg. Both castles were built by the Imperial Ministeriales of Frankfurt around 1220, and both reflect their role within their names, König = King and Kron = Crown. The rapid construction of castles in the late Staufen period reflects a growing political struggle between the crown, the ministers of the land and the representatives of the church, here the Archbishop of Mainz.

While perhaps not the most super interesting list of things to see, most of the castles on the list are near-ish enough to each other to be a doable day trip. The towns along the way are also nice.