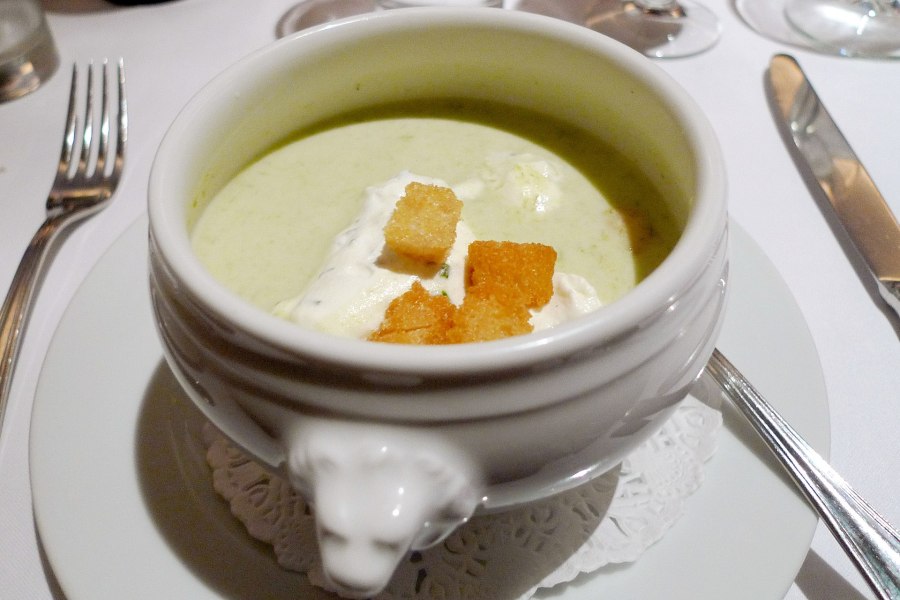 The Lower Rhine Valley around the city of Cologne was a fertile region and traditionally a major producer of potatoes. Head further south towards Bonn, and the landscape changes into dense forests and rolling hills, perfect for cultivating apples, pears, and other fruits. Many of the region’s most famous recipes combine both the “Apple of the Sky” and the “Apple of the Earth” (a pun on the old German word for potato.) This recipe is a slightly different interpretation from the standard German potato soup recipe, incorporating sour apples that the region was once known for.