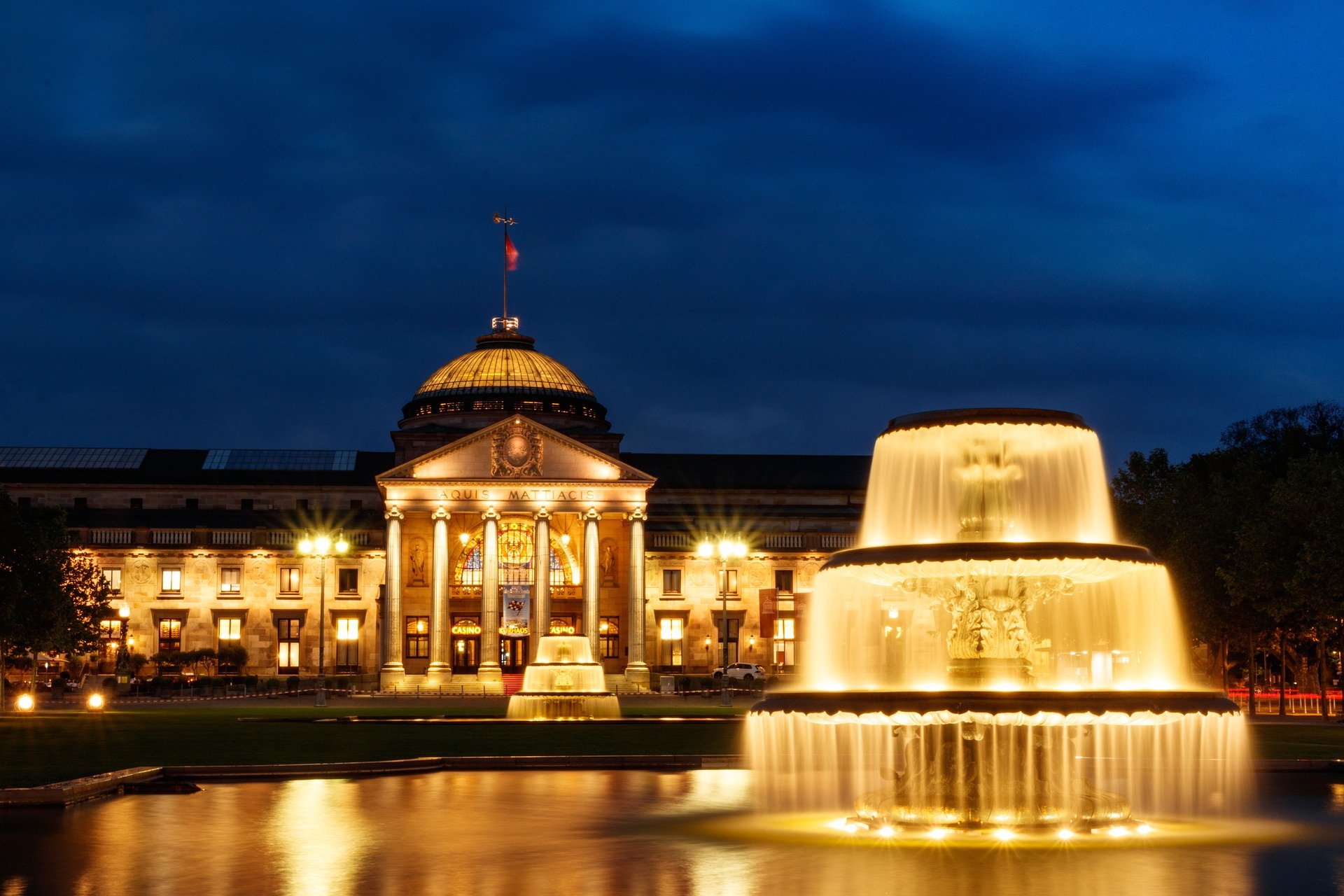 Wiesbaden is a remarkably hidden gem in Germany. It offers a near complete immersion into the cityscapes of Wilhelmine Germany. Such an experience cannot be found elsewhere in Germany. By comparison, only parts of Leipzig and Bonn can offer similar avenues of high-quality historicist facades and urban planning.

Unlike either Leipzig or Bonn though, Wiesbaden offers an interactive experience. Normally, you are limited simply looking at the cityscape from a distance. Wiesbaden lets you interact with the cityscape. You can enter buildings and use them as someone might have a century ago. Start the day with a warm bath in the Art-Nouveau Friedrichsbad Baths. Follow this up with some gambling in the 19th century casino. The spectacular casino building was visited by many dignitaries of the 19th century European courts, such as the author Dostoevsky and Tsar Nicholas II. After loosing some money in a Royal fashion, it is possible to attend the Opera in the only major urban Opera House to have survived WWII in Germany.

Wiesbaden has a number of districts with varying levels of preservation. The city was lightly bombed in the war, which for the most part spared the city. The bombs fell on the straight line connecting Luisenplatz with the Hot-springs. They destroying several city blocks, the town hall and the hotel complex facing the casino. None of these buildings were reconstructed, which makes parts of the historical center somewhat uninteresting.

More destructive were the “urban renewal” efforts of the 1960s. These saw massive chunks of the city demolished and replaced with cheap low-cost apartments. This hit the North part of the city especially hard. Fortunately, many of these buildings have also been torn down and replaced with buildings people actually want to live in. Despite the losses, much of Wiesbaden retains its Wilhelmine character and you may not even notice it.

The historic pentagon offers the most insight into the history of Wiesbaden, while the Ring-Street district offers the most spectacular streets. The main thing to see in the historic district is the city palace. The palace retains completely preserved interiors and inventory from the Nassau family. As it serves as the parliament for the state of Hessen, it can only be visited on a tour. I can also recommend a visit to the Cafe Maldaner, the longest-lived coffee house in Germany. The rest of the city can be enjoyed by walking around and absorbing the ambiance its 19th century cityscape.