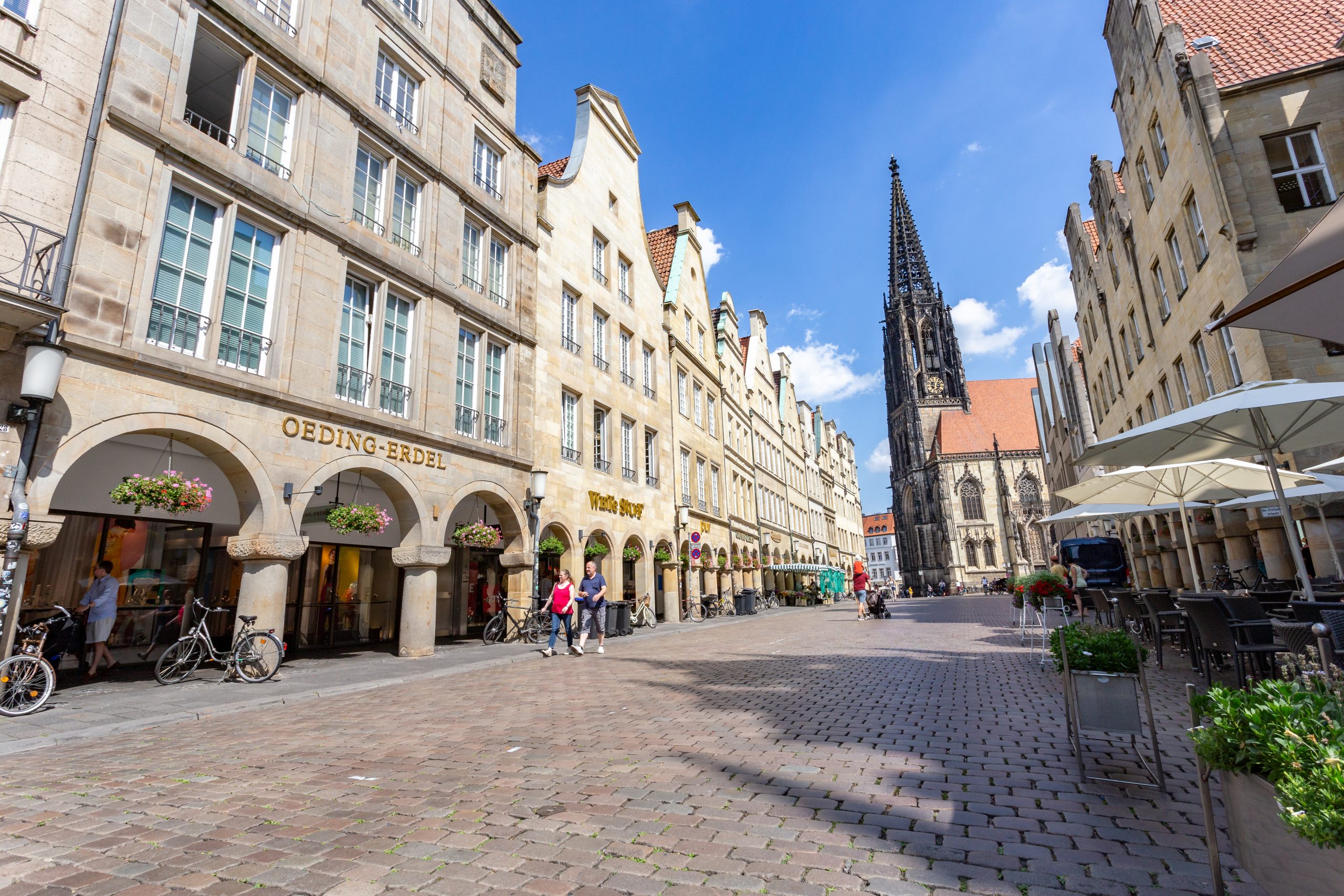 Münster has a lot to see and experience, but we have to set expectations. Like all German cities, Münster was destroyed in WWII, and not a single building was left standing. Unlike most German cities, however, a concerted effort was made to reconstruct part of the old town. Today Münster has some of the most iconic images of Germany, but only a small part of the city was reconstructed. Outside of this reconstructed area the main thing to see are churches, and boy, are there a lot of churches. In addition to the old-town, virtually every church was reconstructed as well, and some of them are quite spectacular.

You can experience the main old-town of Münster in about an hour. However, if you are willing to discover the many churches, you could reasonably spend about two-three hours here as well. Münster was once one of the most powerful Prince-Bishops in the Holy Roman Empire and the multitude of churches was in part a symbol of their authority. The city was also the scene of a Millenarian Peasant Uprising a the end of the Middle-Ages which seized control of the city. The resulting siege saw most of the city destroyed and the reconstruction would be the source of the city’s rich Renaissance Architecture. Notably, the cages hanging from St. Lamberti are where the leaders of the revolt were executed.