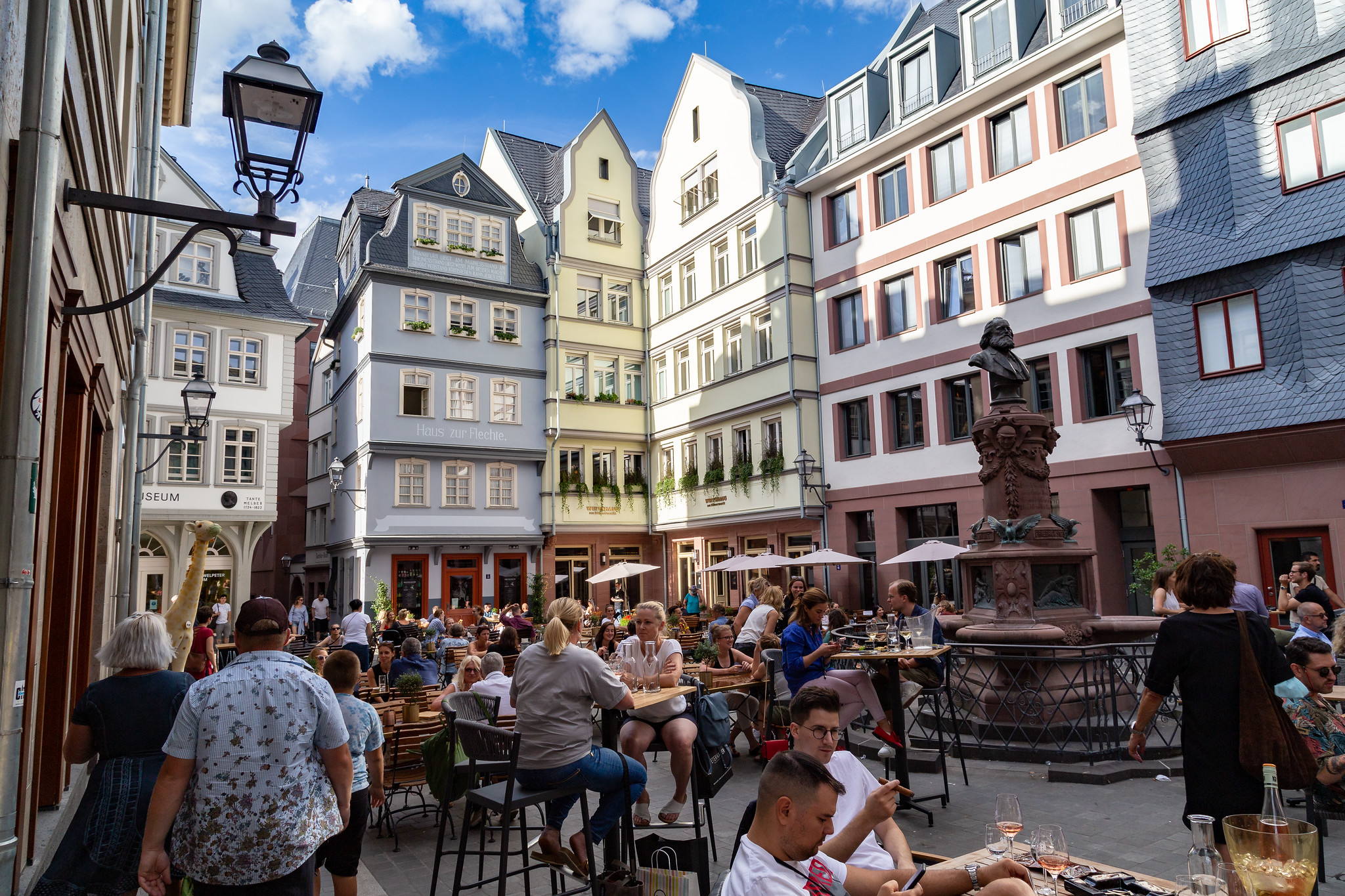 Frankfurt once possessed one of the largest and best preserved old-towns in Europe. Its winding medieval streets were a major tourist attraction even from the beginning of mass tourism. This was unfortunately lost in WWII, with the city bombarded from the air and subjected to the brutality of urban combat. That being said, Frankfurt has two advantages over most German cities: 1) It has a fantastic skyline and 2) it actually still has quite a bit of old-town.

By “Old-town” though, I am not referring to the medieval streets and castles which were largely lost in WWII. Rather, large portions of Frankfurt outside the old medieval walls were spared from both WWII and the “Urban renewal” of the 1960s and 1970s. In particular, parts of Bornheim (Bergerstraße) and Bockenheim (Leipzigerstraße) are full of nice Historicist buildings from the late 19th century. Both districts are also trendy and full of bars and interesting restaurants. The only ancient history you will find outside the city center are four medieval watch towers that guarded the roads to Frankfurt. Only the castle-like Friedberger Warte is worth visiting for a glimpse into medieval Frankfurt.

The inner city has several areas with “old” buildings. The nicest of which will be the reconstructed Chicken-Market and Römer City Hall building. This is probably the second most recognizable image of Frankfurt after the skyline itself. In terms of historical heritage though, the Church of St. Leonhard is worth checking out for a nearly complete inventory, including medieval stained glass. To the south of the river is Sachsenhausen, which has several nice areas. This includes the only streets in Frankfurt with a “medieval” atmosphere. This district also has most of Frankfurt’s tourist flair, including bars, restaurants and the local Apple-Wine Pubs.