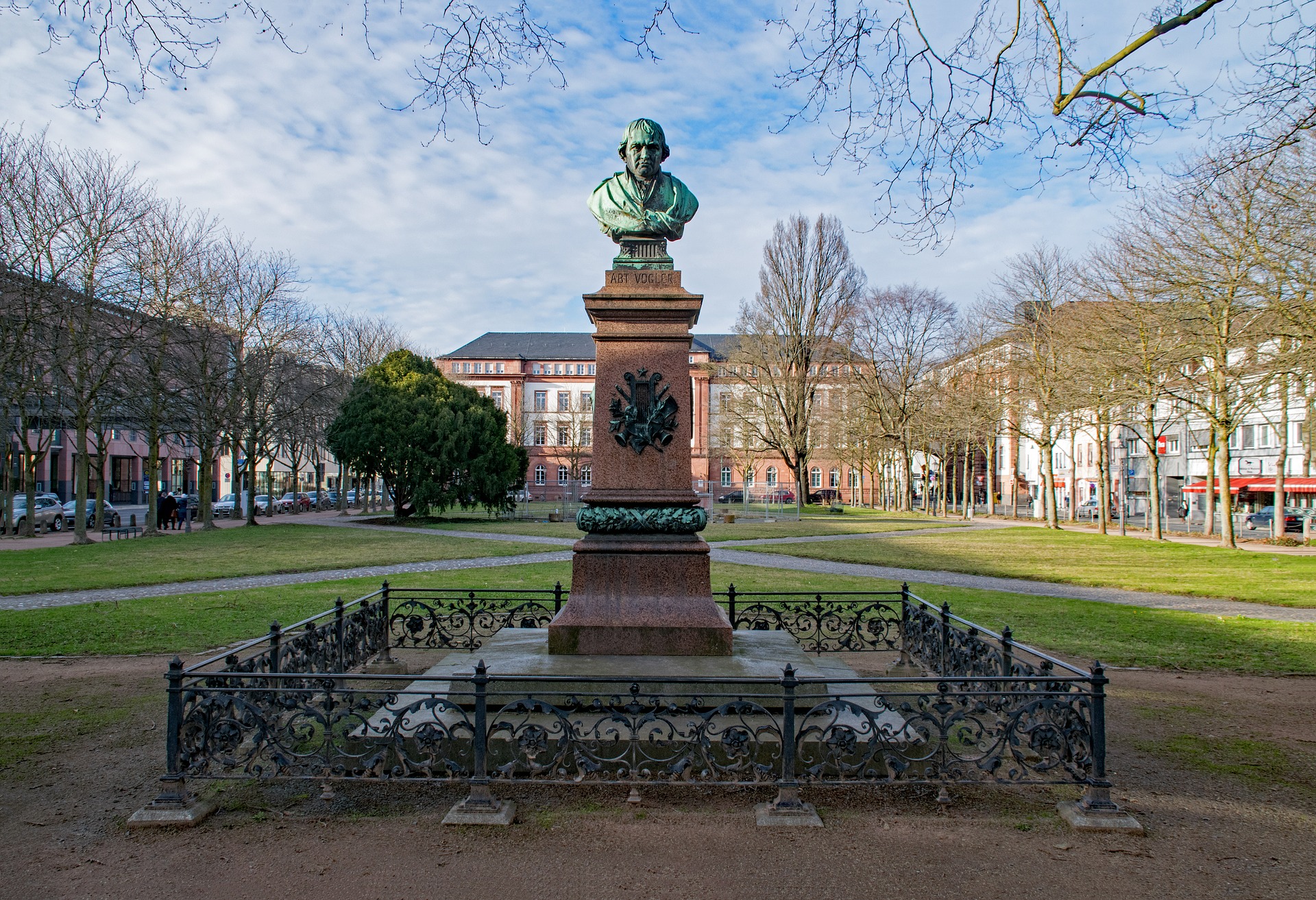 Darmstadt was targeted by a firebombing campaign comparable with those of Dresden and Hamburg. Virtually nothing in the inner city survived. As a result, Darmstadt is a destination only for those interested in the Art Nouveau. The main destinations in Darmstadt are the remnants of the Artist Colony established in on the Mathildenhöhe heights above the city. Here you can walk around some of the most important contributions to the German Art Nouveau. Unfortunately, most of the preserved interiors are not directly accessible to the public. Tours of the Behrens and Glückert houses are possible only with special permission. The Jugendstilbad is accessible with an admission fee.

Beyond the Art-Nouveau, for those interested in late 19th century Historicism, much of the northern Johannesviertel survives. The quality of the architecture is somewhat low, with many gaps filled with modern construction. To the South is the district of Bessungen with a small Palatial Orangerie and gardens. The district largely survived the war and is full of 19th century village charm. Virtually none of the prewar city in between has survived to the present day.

The inner city has a number of reconstructed buildings and streets with hold buildings. The Main building of the University rund against the edge of the “New Town” a refugee settlement from the 16th century which survived the war and represents the only intact pre-war segment of old town. The city palace was destroyed and later rebuilt as a University building. A small portion is used to house a museum with reconstructed interiors displaying the largely intact inventory of the palace. Of particular note is State Museum or “Landesmuseum” with a series of excellent exhibits on history and nature. There are a number of reconstructed buildings scattered around the inner city. Interesting may be the “Golden Crown”, the only one to have survived the firestorm.