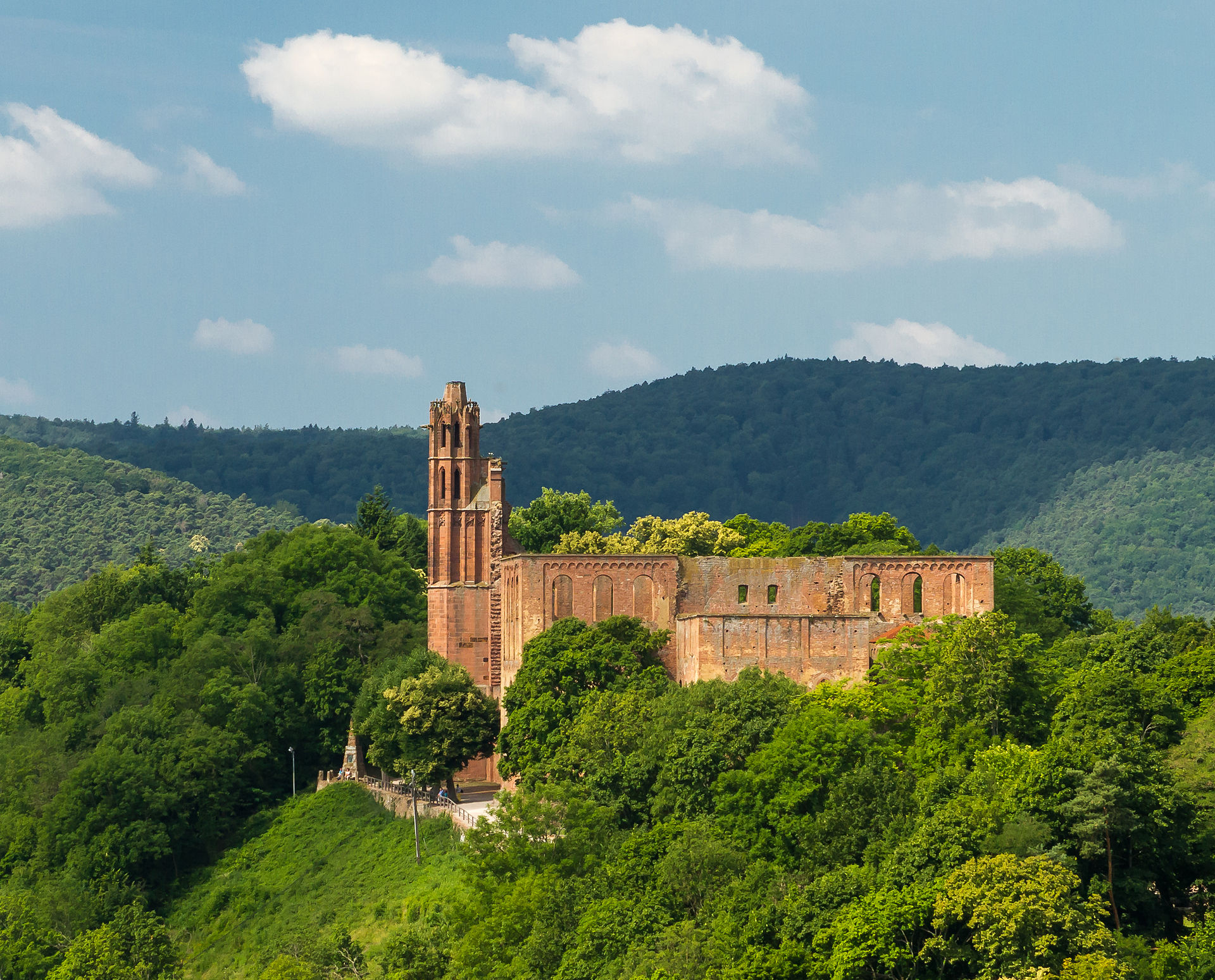 This forest excursion takes you to several sites with strong ties to the Holy Roman Empire in the High Medieval period. The first is the ruins of the Limburg Monastery. Originally a palace complex belonging to the Salian family, it was turned into a monastery, and construction started around 1025. The church was constructed on a scale worthy of an Emperor. The scale of the project meant that many of the techniques and innovations found here were used in the slightly later construction of the Speyer Cathedral. The Monastery then protected the crown jewels until the dynasty ended in 1150.

Further up the valley lie the ruins of the Hardenburg Fortress. The Counts of Leiningen established themselves here after the end of the Salian dynasty and were considered the guardians of the Monastery. Hardenburg was transformed over time into a massive palatial complex until the French Revolution, which saw it burned to the ground.

There are fantastic views of the monastery and castle ruins along the route. You will also see other interesting highlights, such as a Roman quarry and the foundations of a Celtic ring wall.

Photography Note: This is not a super fantastic hike for photography as the best pictures of the Monastery and Castle are in the morning. In essence, it would make the most sense to visit the monastery first and then cross the valley to the opposing ridge. In this manner, you can see the ruins when the sun shines directly on them. From there, repeat a similar pattern for the castle. Overall, I suspect this would add 5-10km to the hike, and this is definitely overkill.