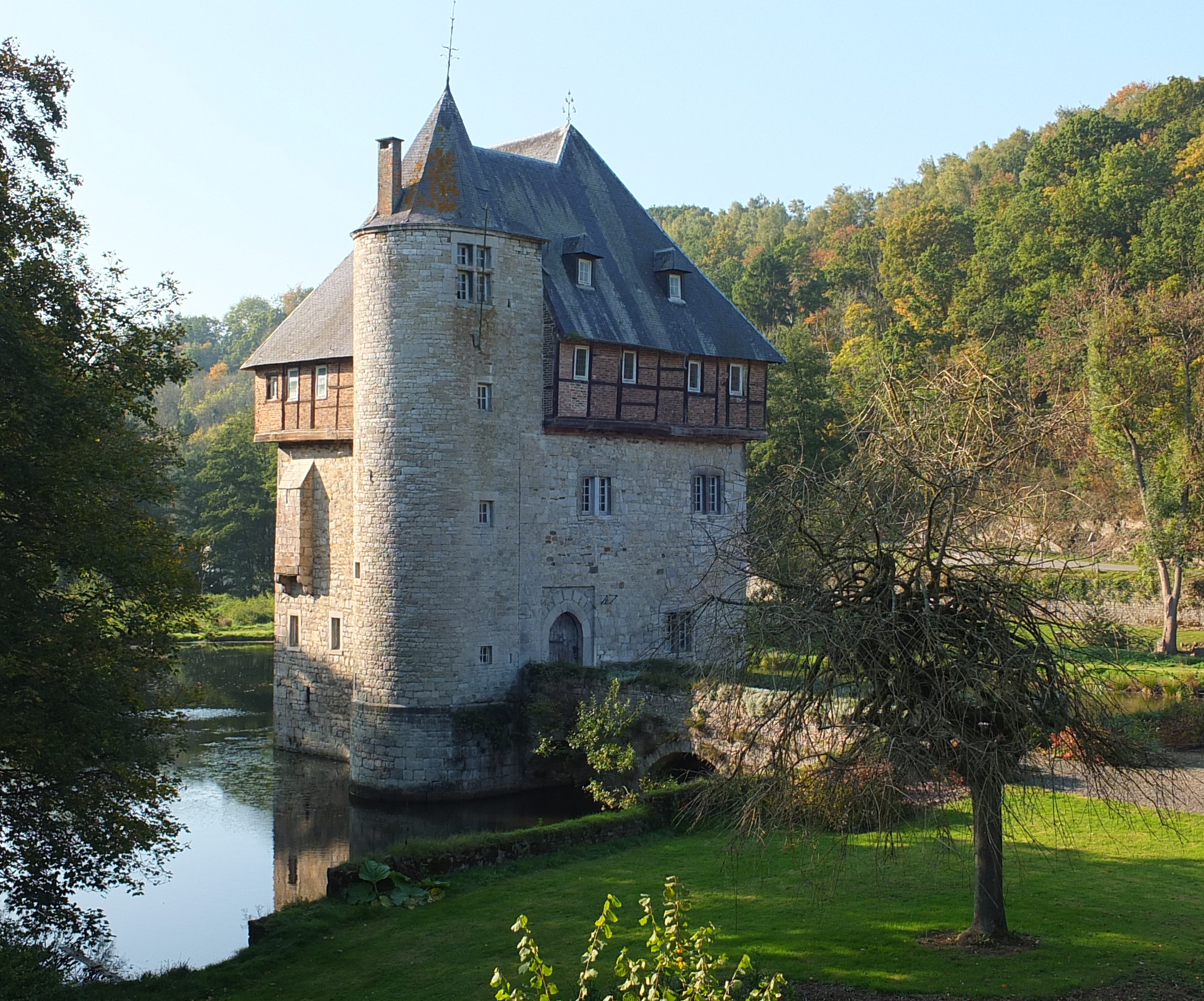 This long hike takes you to some of the more impressive medieval structures in the Mosan Valley. Whereas most of the castles in the region are either Renaissance or Baroque palaces, the castles here will at least appear more medieval. The highlights are undoubtedly the castles in Spontin and Crupet. The former being a converted Renaissance Palace, and the latter being a well-preserved medieval tower home.

For those interested in the region’s history, the final major spot will be the ruined city of Poilvache. The ruins tell the story of one of the largest cities on the River, protected by thick walls and a castle. The wealth and independence of the city made it a target for the Prince-Bishops of Liege, who saw the city destroyed in 1430.

Getting to the starting point of this hike can be a challenge. There is a regular bus from Yvoir, which can be reached from Namur. It may also be possible to take the train, but it appears to run only seasonally on this route.

Photography Note: With a long hike like this, there isn’t much room to adjust to the sun’s position. If you are interested in taking specific pictures of specific locations, this trip will be more suitable with a car. The best pictures of Spontin and Crupet Castles are in the morning, in any case.