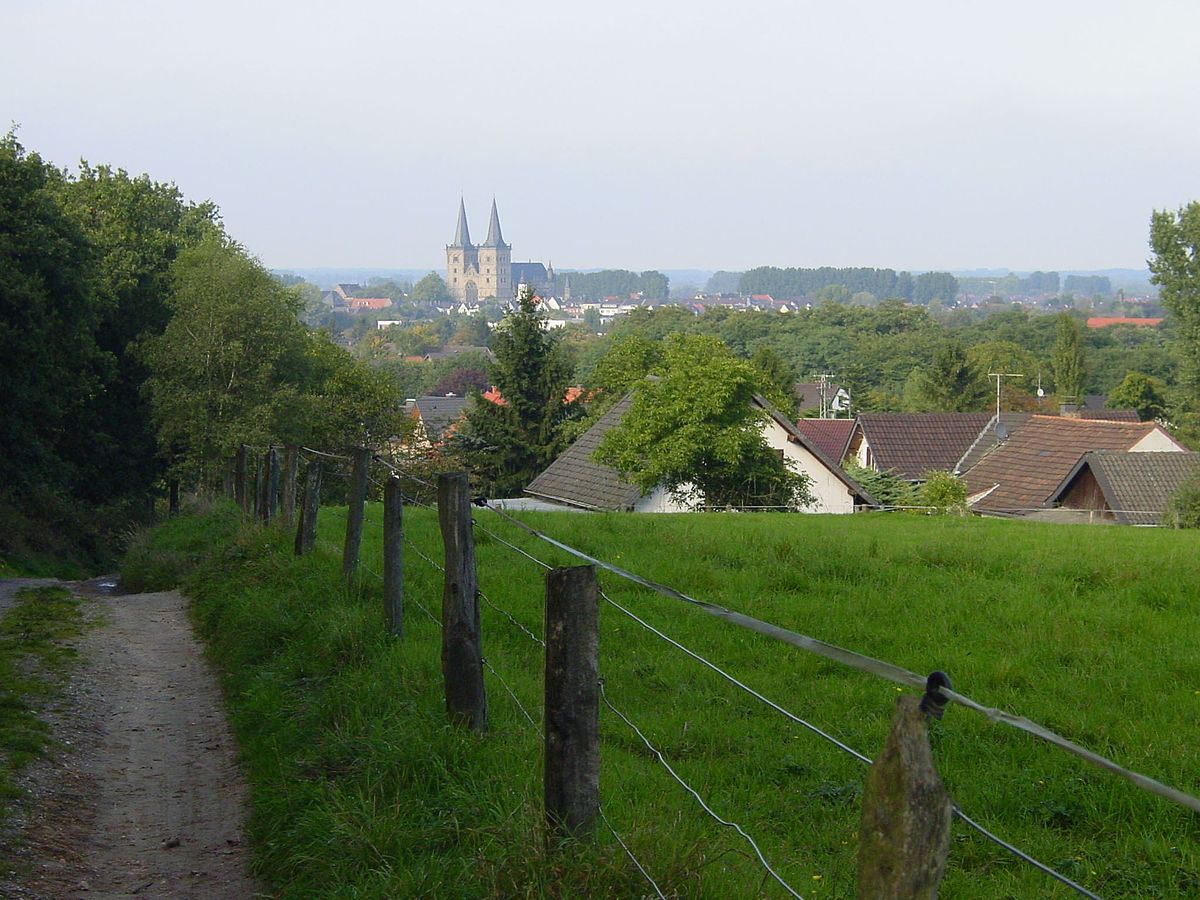 This is less of a hike and more of a guided walking tour of Xanten. The goal here is to get all of the interesting viewpoints of the city, which include those from a large forested hill to the south of the city. Having such a long-distance view of a lowland city like Xanten is rather unusual. I find the image of the cathedral rising above the plains to be a rather romantic image and one that might be easily overlooked on a simple day trip to the town.

Xanten was the site of a major Roman city, which was not built upon by the subsequent medieval settlement. As a result, the city is home to one of the largest Roman archaeological parks in Northern Europe. The park is complete with partial reconstructions of the wall, amphitheater, and temple. The modern city owes its existence to the relics of the Theban Legion, a group of Roman Christian soldiers martyred here in the 5th century. The cathedral of Xanten reflects the centuries of wealth accrued to the custodians of those relics. Though effectively scrubbed from existence in WWII, it was painstakingly reconstructed down to the last detail. Today is one of the best destinations for a glimpse into the history of the Rhine valley.

Photography Note: Xanten is undoubtedly best visited in the morning light. Most of the streets and monuments will be illuminated without shadow. Likewise, the morning light will bring out the best viewpoints in the Roman park. The cathedral and the cloister will be in good lighting for most of the day. Though the long-distance views from the hill would also benefit from a morning visit, this is less crucial to get good pictures.