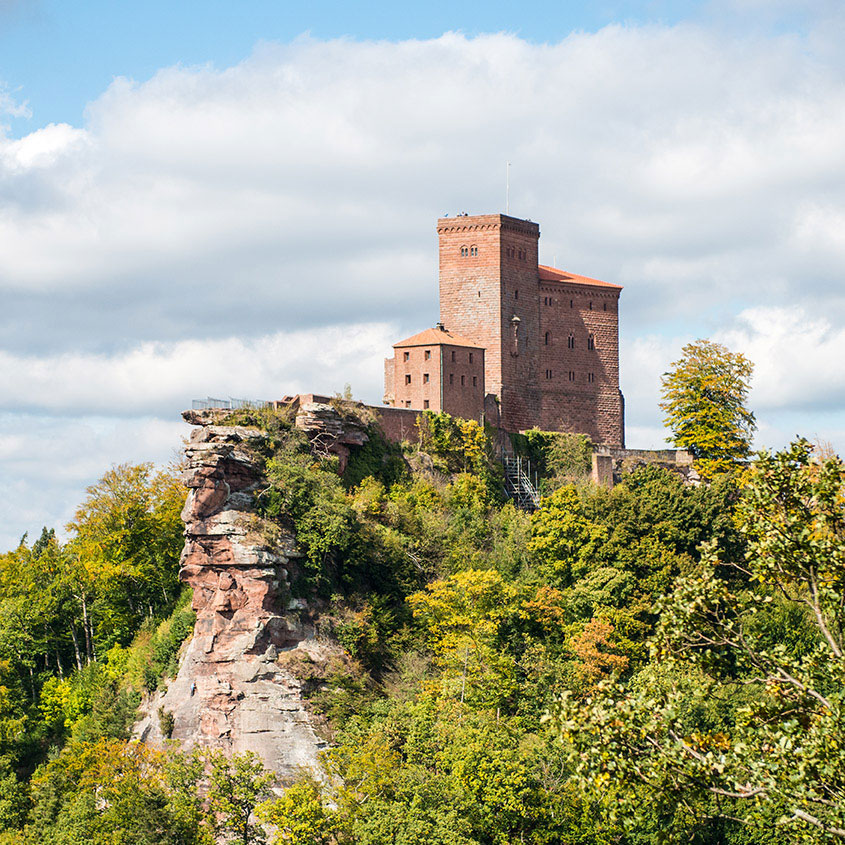 This hike is for photographers interested in the most spectacular views of the Trifels castle. The building is a partial reconstruction of one of the most important castles of the Holy Roman Empire. Its walls protected the crown jewels of the medieval Empire for centuries, and its dungeons held prominent guests such as King Richard the Lionheart of England. The castle interiors are not especially interesting. They are largely a 19th and 20th-century interpretation of what the builders thought the castle would have looked like. Though much of the exterior is original, its location on a rocky outcrop with other nearby ruins adds to the drama.

Photography Note: The hike is long enough that the sun should be in an optimal position for the entire length of the hike. The light will be best, though, in the morning or autumn/spring when the sun is not as elevated.