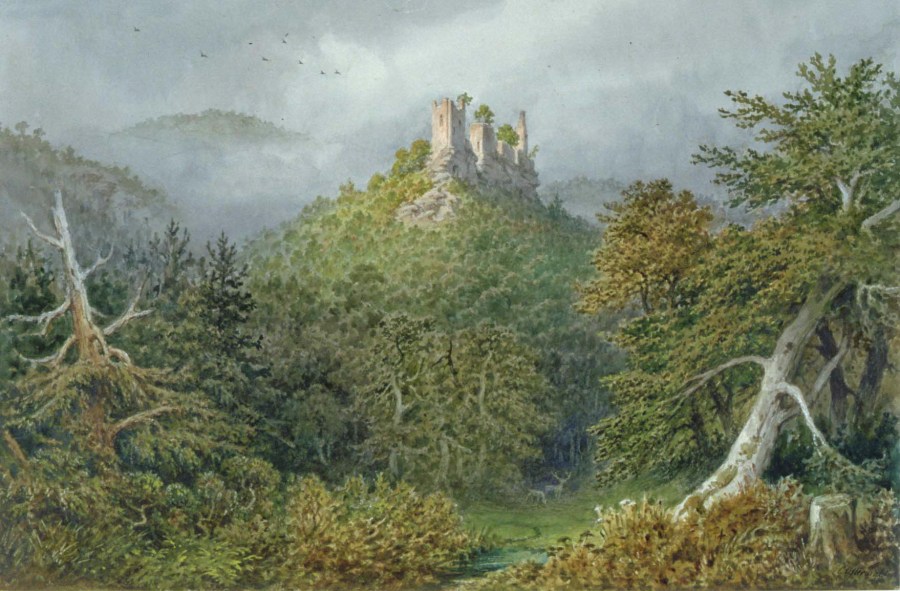 The Waltharilied is a legendary epic written in Latin around the end of the 9th century. The story is a reflection of much older proto-germanic myths, which recount the daily struggle between light and darkness. In this tale, the Visigothic Knight Walter of Aquitaine is taken as a diplomatic hostage by the court of Attila the Hun to preserve the peace in his kingdom. He grows up close friends with the Burgundian Hostages, Hagano and Hiltigunt. They are forced to flee when the Burgundian king challenges the supremacy of the Huns, and their adventure reunites them at the castle of Wasgenstein in the Vosges/Palatine Forest. There, Walter is forced to defeat the forces of the Burgundians and must fight his friend Hagano. In the end, only Walter, Hagano, and Hiltigunt remain, and they head their separate ways as friends.

The text is a mess of differing accounts, drawing upon Germanic sources and unrelated Roman stories. At its core, this story retells the Hjaðningavíg, or the ‘battle of the Heodenings’, from Germanic mythology. In the original version, the forces of the Burgundians would have been slain every day by Walter, but resurrected every evening by Hiltigunt. A story about the endless struggle between good and evil.

This hike takes you to the location of the mythical battle between Walter and the Burgundians, the Castle of Wasgenstein, which does actually exist. Along the way, there is an incredible landscape of sandstone cliffs and dense forests.