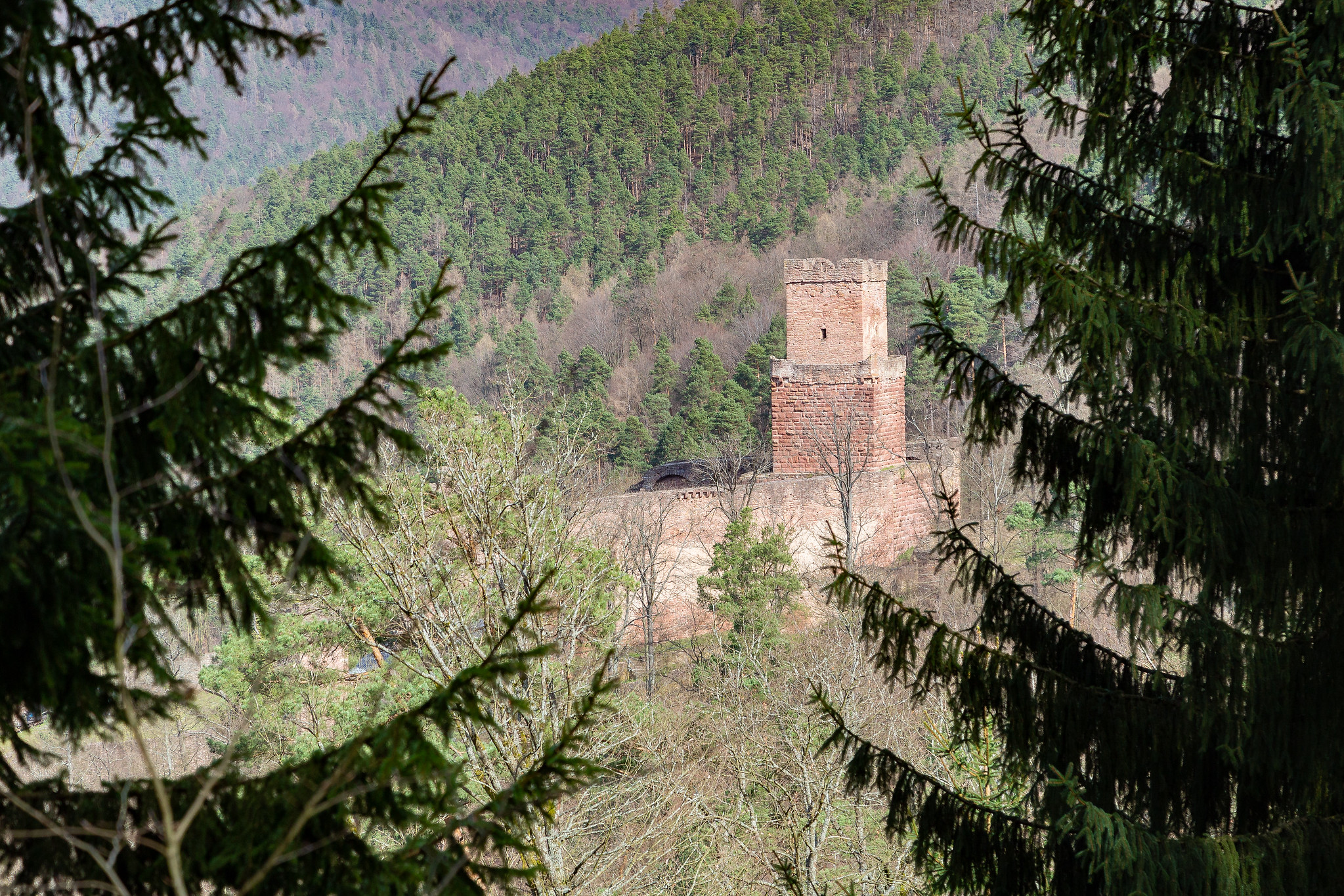 The center portion Main Valley, as it cuts through the Odenwald and Rhön Mountains, is an underrated region to explore. One of the highlights of the region is the town of Miltenberg, located right in the center. As you progress further East on the Main, you enter into a rugged region filled with castle ruins, rocky cliffs and dense forests. To experience this, I decided on a hike from the Freudenberg castle ruin to Miltenberg, passing through ancient quarries and a Celtic hill fort.

On the map, Freudenberg and Miltenberg sit about half-way between Frankfurt and Würzburg, in the heart of the Odenwald. Getting here by train is somewhat of a pain, as its only serviced by an antiquated diesel-electric train.

The first attraction is the castle ruin of Freudenberg, an imposing Staufen-Romanesque keep of the 13th century surrounded by several curtain walls constructed in later centuries.

The hike then progresses into the hills above the Main, walking through forest mostly. There are a number of things to stop and see:

Overall the hike was nice, but there was nothing special to write home about.

The most interesting sight is probably the reconstructed gate house to the Celtic Hill fort. There is not much else to the hill fort site, though the ancient earth works are still readily visible in the forest.

I appreciated the abandoned pillars, as it is interesting to ponder how they were moved from there to Mainz.

Well that was it. Somewhat uninspiring. I will write about the town of Miltenberg at a later point, that is definitely worth its own trip.