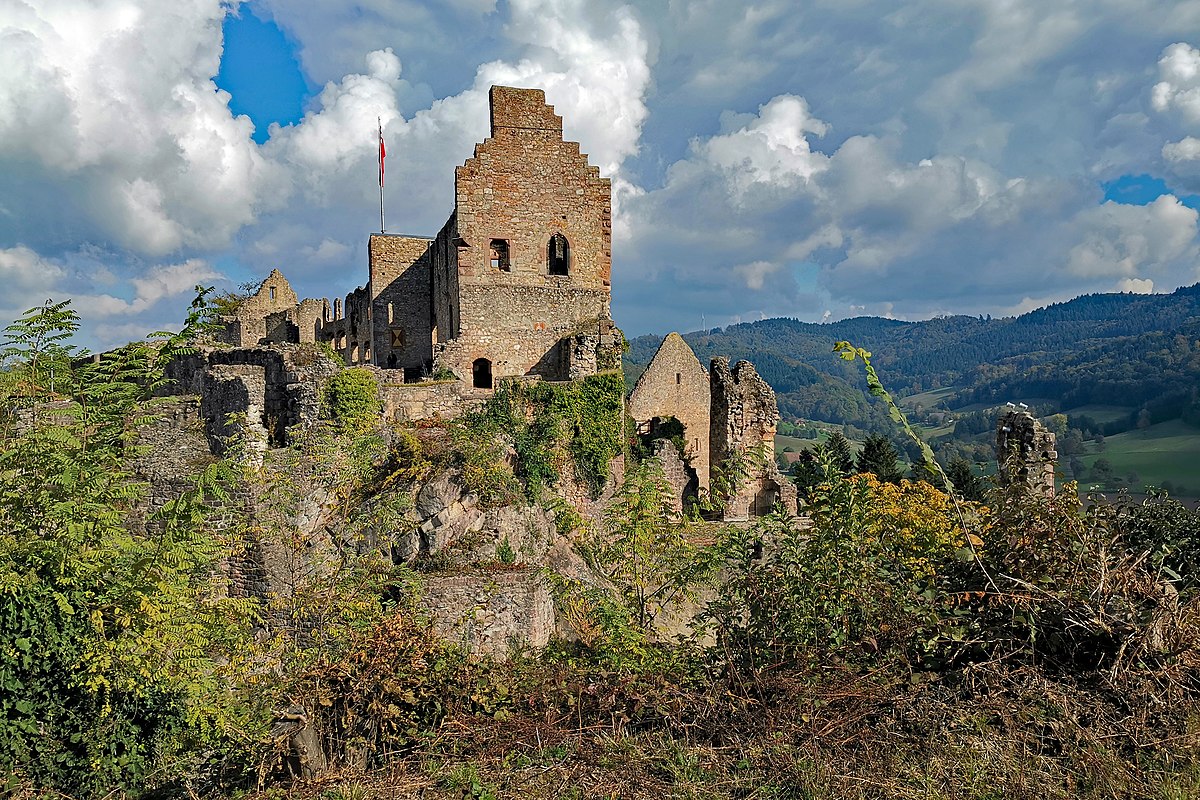 This hike takes you from the town of Waldkirch with its charming views of the Kastelburg castle to the fortress of Hochburg in Emmendingen. The “High Castle,” or Hochburg, is the second largest castle located in the modern-day state of Baden-Württemberg, after Heidelberg. From a historical perspective, though, it would have been the largest castle owned directly by the Dukes of Baden. Heidelberg was the capital of a rival lord, the Elector of the Palatinate. The Kastelburg and the Hochburg castles were ruins by the end of the 18th century as they had lost political relevance. The hike will take you through a number of good viewpoints of the castles and surrounding forests.

Photography Note: I added a small loop to the hike in Waldkirch to get some nice panorama pictures of the Kastelburg castle. This particular ruin is more interesting to look at from a distance. From there, you will want to head north with the sun at your back. If you reach the Hochburg around noon, you should have the sun in an optimal location for the views coming from the south and for the views when heading onto Emmendingen.