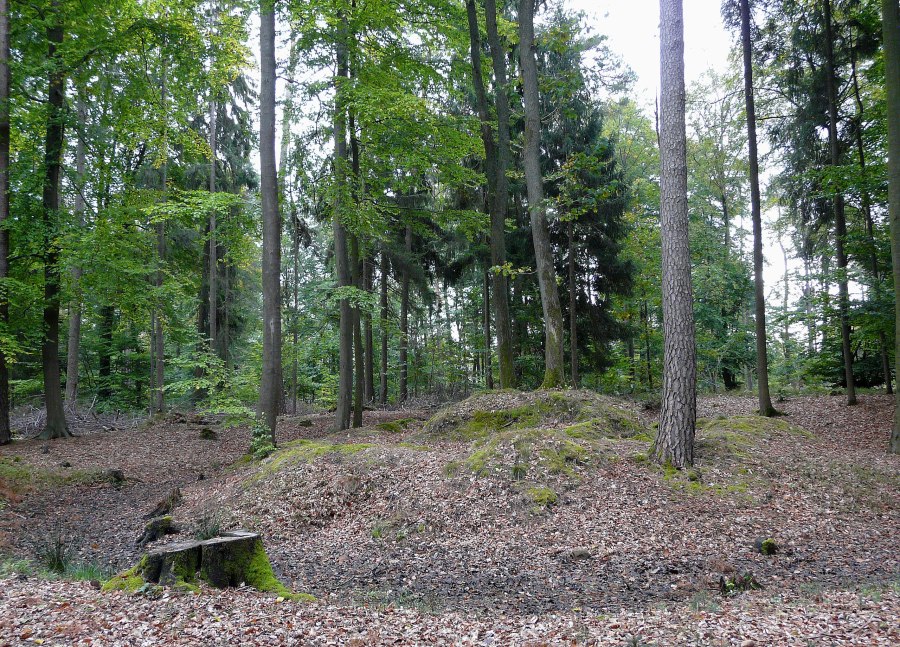 in the first century CE, the Romans pushed their border out past the Rhine as far as the hills of the Taunus. The name Taunus comes from the Romans and was likely a Latinized Celtic name for the region, though in Roman sources, it refers specifically to their castle in Friedberg. The entire Taunus is covered in traces of the Roman period, from castles, villas, and remnants of the Limes or the border wall that marked the edge of the empire. This hike takes you on a hike along a particularly well-preserved portion of the Limes and some remnants of the final days of the Second World War.