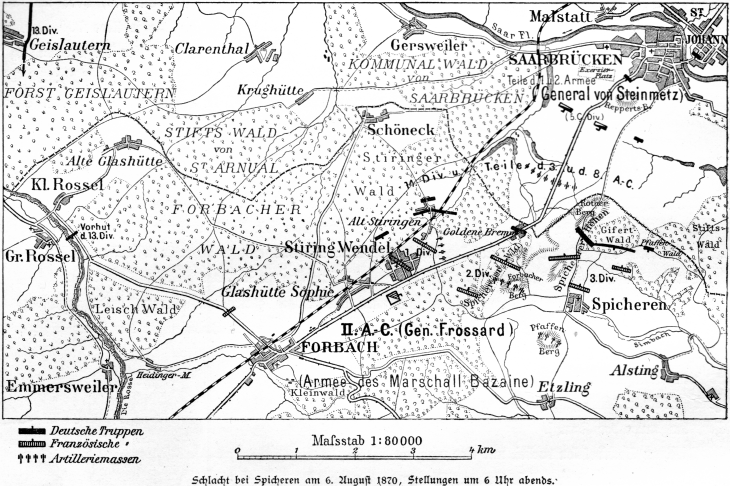 The Battle of Spichern was the first critical battle of the Franco-Prussian war. From the context of this battle alone, one may have guessed that the French forces were on par with their Prussian counterparts. The now obsolete Prussian Dreyse needle rifle was outranged by the modern French Chasspot counterpart. As Prussian forces advanced over the French border, they encountered the French dug in on the heights of Spichern above Saarbrücken. The only way forward was under blistering French rifle fire, which the Prussians could not respond to. The French could be dislodged only with heavy artillery bombardment and relentless infantry charges. The Prussian army incurred heavy and essentially meaningless losses in this opening engagement of the war.

This hike takes you on a neat tour of the Saarbrücken heights, including the battlefield site of Spichern. Spichern is in France, so the hike also includes several other exciting things, such as Westwall Fortifications and monuments from both the French and Prussian forces in the battle.