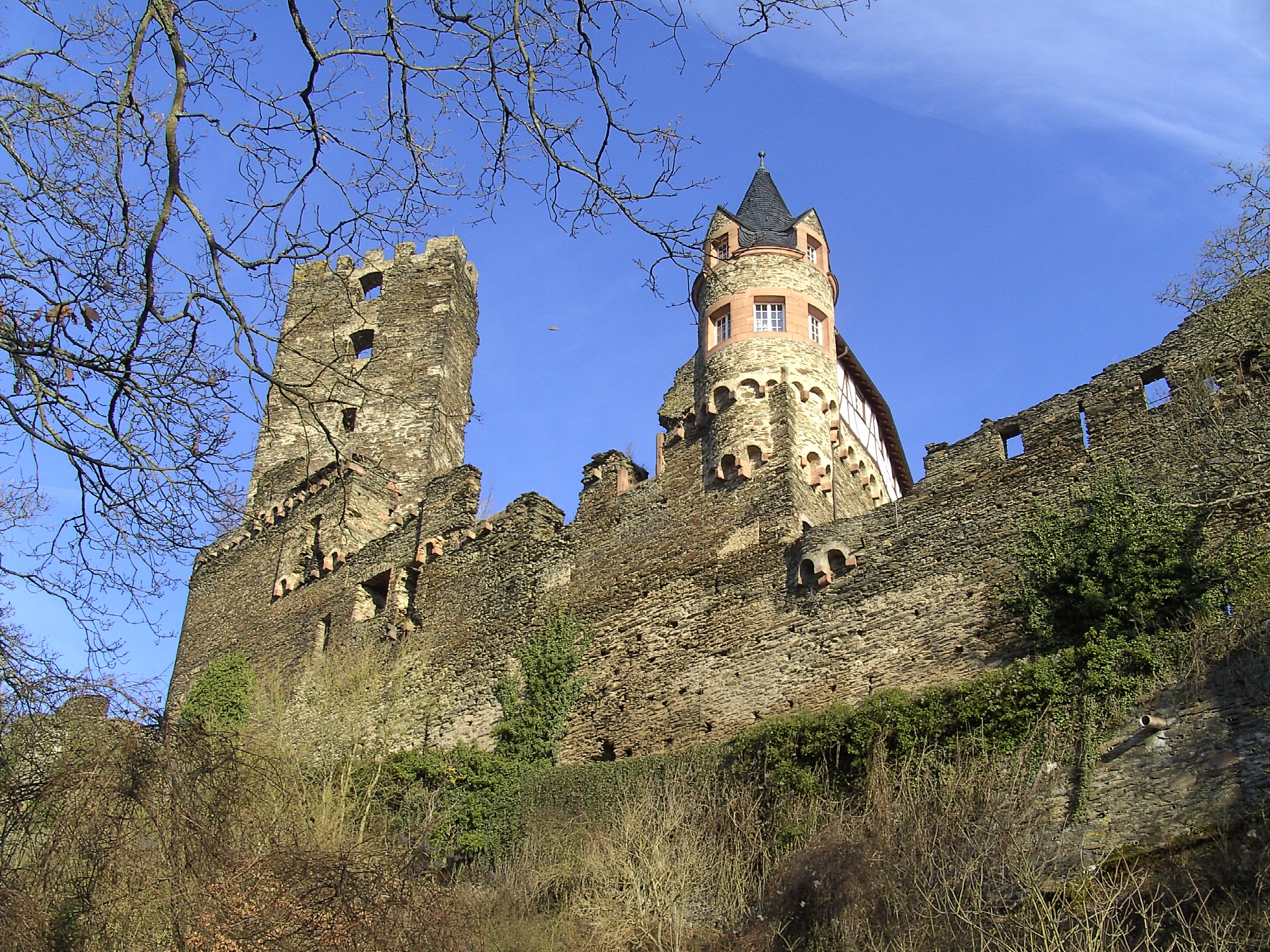 This castle looks really cool, but its also really inaccessible. Most of the castles in the region are either fragmentary ruins or 19th century interpretations of a castle. This combination appears to have worked out well enough and might be worth a visit.

One of the lesser-known castles in the Middle-Rhine/Taunus area that is rather inaccessible from the River, but might make a good hike.

I think ending in Kaub is the best option, given good weather, arriving there in the late afternoon will provide the best views over the Rhine.

Sauerburg is mostly an uninteresting castle ruin. It simply looks cool. It has elements dating from the 13th century, but is mostly from the 15 century, when it was built to provide security against bandits. It was destroyed by Louis XIV during the War of Palatine Succession.