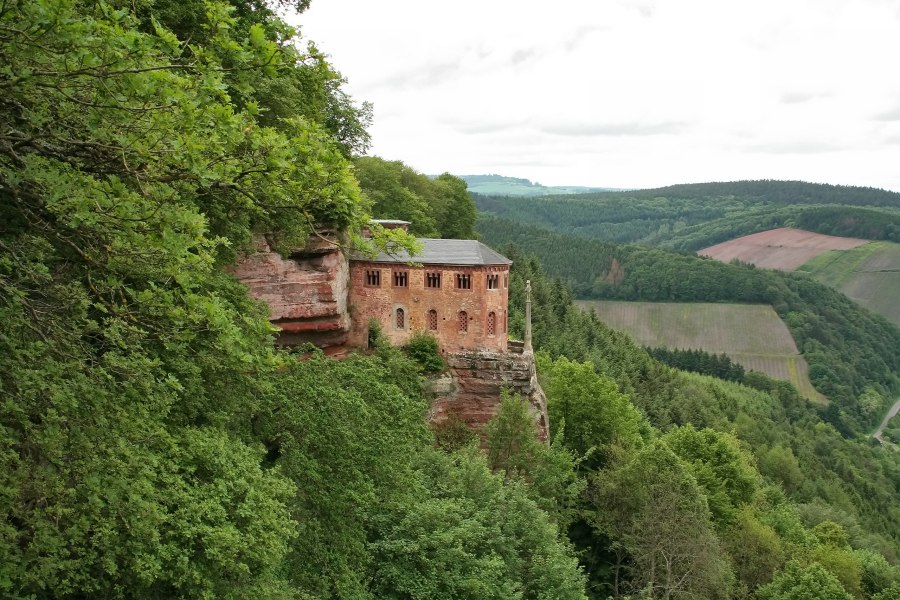 The Klause Kastel is a 19th-century sepulcher for John of Bohemia, a famous 14th-century knight who, according to legend, commanded an army while blind. The sepulcher is, however, built into a cliffside complex of ancient caves carved out in the 10th-15th centuries as monastic hideouts. This hike takes you along some of the most spectacular vistas of the Saar Valley to an exciting relic of medieval history.