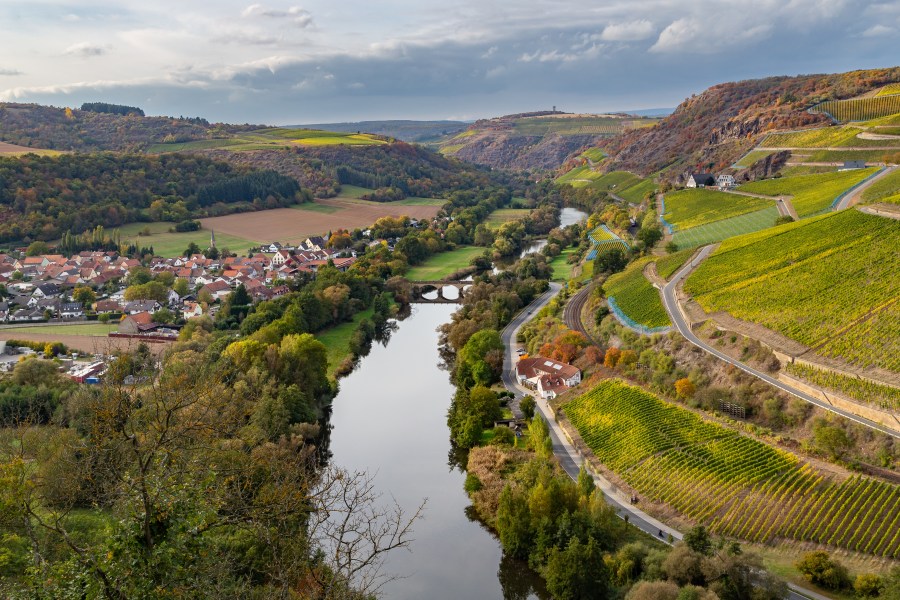 The Nahe Valley has several spectacular viewpoints. This hike focuses on one, in particular, simply the “The Best Nahe Viewpoint” or the “Two Land Viewpoint.” This refers to the fact that in the 19th century, the Nahe River separated Bavarian and Prussian-controlled territory in the Palatinate. The hike also includes a visit to some industrial monuments nearby, including a mercury mine founded by the ancient Romans and a sandstone quarry.