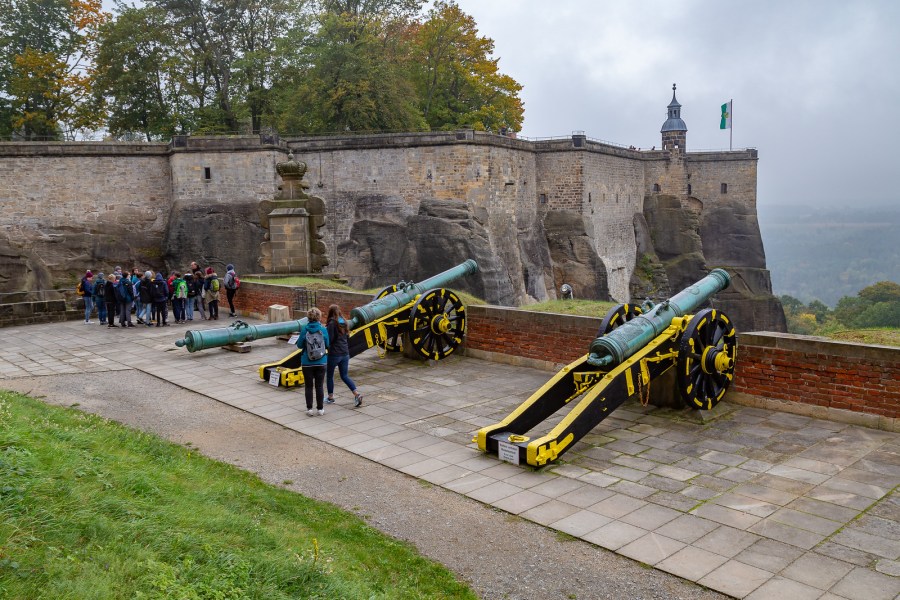 The Königstein fortress was one of the great bastions defending the Kingdom of Saxony against the Crown of Bohemia, and later the Austrian Empire. As Saxony had traditionally good relations with its southern neighbor, the fortress was never seriously besieged. Today it is a remarkable testament to the fortification technology of the 18th century. This hike takes you on a complete tour of the Fortress with some viewpoints outside the walls.