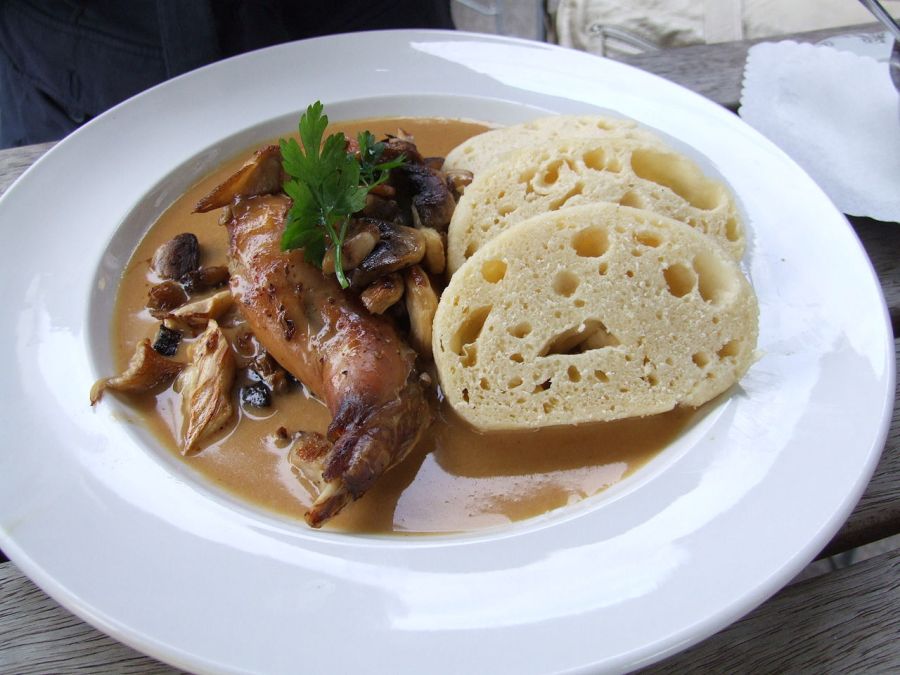 Rabbit was once far more common than chicken in working and middle-class kitchens in the previous century. Its simple flavor and ease of cooking made it a staple. Today, chicken has largely supplanted rabbit in our diet, and recipes for it have disappeared from our cookbooks. This is a local variant of the classic German dish from the town of Fulda. As an ancient Catholic stronghold in a traditionally Protestant region, it had close ties to Franconia, which influenced the spices in this dish.