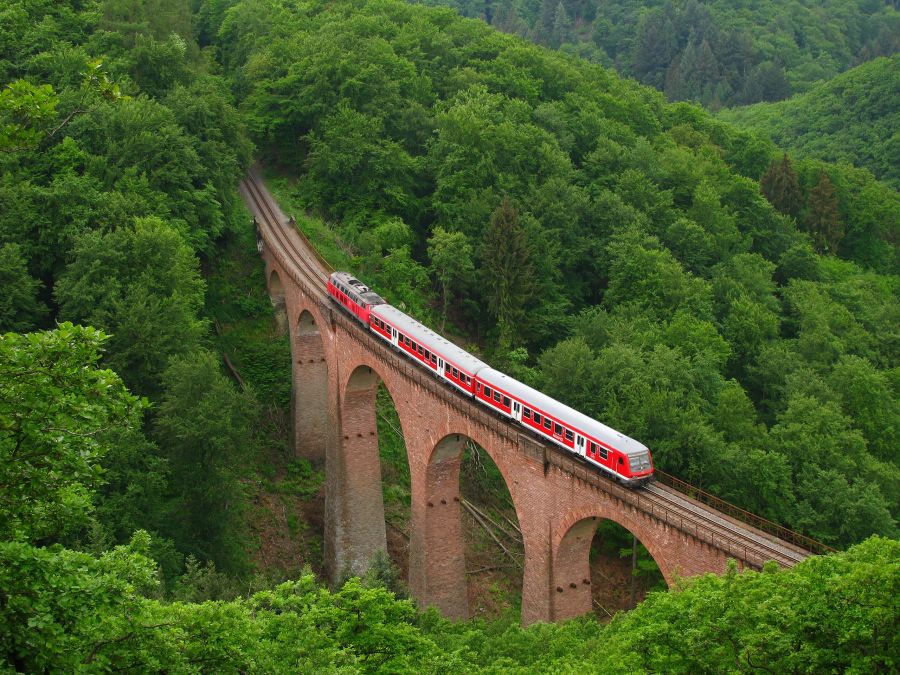 The Hubertus Viaduct is one of only a handful of those glorious 19th-century railway bridges that both a) survived WW2 and the post-war reconstruction and b) remain in service. Though the viaduct is not perhaps a common image in the Middle-Rhine Valley, it often appears in other media, as it is one of only two easily photographed operational viaducts in Germany.

One thought on “Famous Pictures of the Middle-Rhine: The Hubertus Viaduct”