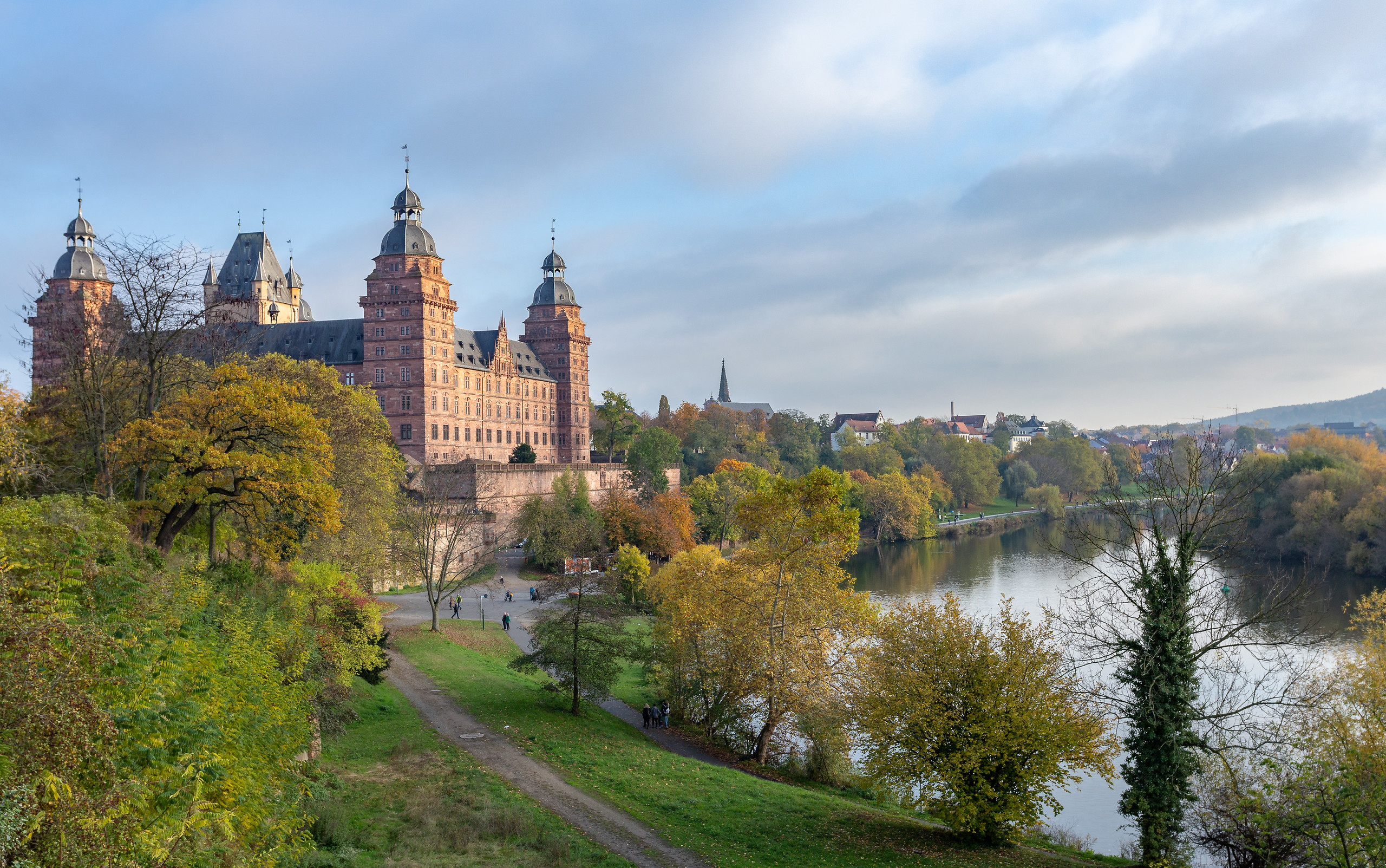 Contents hide
1 What is the Odenwald?
2 Odin’s Forest?
3 A Royal Hunting Estate
4 Exploring the Region
4.1 The Odenwald Forest
4.2 The County of Hesse-Darmstadt
4.3 The Spessart
4.4 The Rhön Mountains
5 Places to Visit
6 Selected Bibliography
7 Image Credits
8 Return to the Odenwald
8.1 Odenwald

The Odenwald is a hilly, forested region that sits astride the Main Valley, as it cuts through the Rhön mountains. It has a rugged and densely forested landscape that largely prevented the region’s development. Additionally, poor soil quality along the Main valley and in the highlands limited the agricultural use of the landscape. Historically this meant that the Odenwald served as one of Europe’s largest hunting preserves, the exclusive domain of the Frankish, Carolingian, Salian and Staufen Emperors, among others. Undeveloped does not mean there is nothing to see here.

What is the Odenwald?

The name Odenwald has a disputed etymology, though for English speakers, there is an intuitive interpretation. Oden- may in fact refer to Odin, which would give the region the truly ancient name of Odin’s Forest. The main issue with this interpretation is that in the ancient Franconian languages of the region, Odin was referred to as Wotan. Though that does not exclude the possibility, more likely sources include Roman settlements in the region. Personally, I subscribe to the ancient word “Odan-“, which translates to modern-ish German as “Wildbann-“. This is a tract of land reserved by the nobility for hunting. The term “Odanwald” appears in texts from the time of Charlemagne and later Emperors as a royal hunting estate.

This is another one of those regions, whose borders vary depending on who you ask. In a strict technical definition the Odenwald corresponds only to the Odenwald County, but this has little relationship with the Odenwald of centuries past. To find the boundaries of the historical Odenwald, I combine two main regions together, the Odenwald and Spessart. The Odenwald generally refers to the area south of the Main, and the Spessart are the low mountains to the North. This belies the many other overlapping regions now bound together, that otherwise go by a staggering list of alternative names: West-Franconia, Main-Franconia, Rhön Mountains, Middle-Main Valley, and even bits of the Vogelsberg.

Politically, the Odenwald was comprised of several entities, the most important of which are the Archbishops of Mainz and the Counts of Katzenelnbogen, later the Landgraves of Hesse-Darmstadt. The Counts of Rieneck, Wertheim and Erbach also left their mark on the region’s landscape. Though politically divided, there was not much of value to fight over, and the Odenwald was never the scene of sustained conflict. This is reflected in the general scarcity of castles, fortifications and other symbols of power.

The Odenwald can be divided into several distinct sub-regions that all share part in the forested landscape:

The modern county of Odenwald roughly circumscribes the traditional forestland of the region. Unlike the Spessart and Rhön to the north, this part still has land suitable for agriculture, and its towns and villages are filled with beautiful half-timbered houses and 19th century estates. The region was in the past dominated by the Counts of Erbach and the Electors Palatine, who profited largely from forestry goods and agriculture. In particular, this part of the Odenwald still falls within the wine-producing regions of German, and you can still enjoy Odenwald wine today.

The County of Hesse-Darmstadt

From the city of Darmstadt ruled the Counts, and later Dukes of Hesse-Darmstadt. At the end of the Middle-Ages the Hesse family inherited the lands of the Katzenelnbogen family to the south of Frankfurt. Had Darmstadt survived WWII, perhaps this region would have deserved its own article. Today virtually nothing survives in Darmstadt from its pre-war splendor. We are left with a two palaces outside the city and a singular district of Darmstadt which has survived. Both the Katzenelnbogen and the Hessen families played an outsized role in the region, and can still be seen in the heavily fortified border regions.

The Spessart refers to a specific set of hills to the south of the Main, but nobody can really point them out on a map anyways. I use the term to refer to the Main Valley, starting with the city of Aschaffenburg and ending with the town of Wertheim. The river cuts a dramatic valley of red-sandstone cliffs and towering peaks of forested mountains. Other than Darmstadt, all of the major settlements in the region are located on the river. In particular, Aschaffenburg and Wertheim were built out into massive fortress systems designed to control the valuable river traffic.

To the north of the Main River is a massive region that is almost entirely uninhabited. The rough landscape precluded all but forestry and sustenance agriculture. The Mountains, of which I include only the more rugged southern half, offer some of the most interesting natural landscapes in Germany. They are however, extremely difficult to reach. In terms of human settlements there is nothing worth mentioning, other than the small towns that dot its Eastern edge along the Main.

Below I have a list of places I think are worth visiting. Not all of them are equal in interest, but all of them have something for someone.