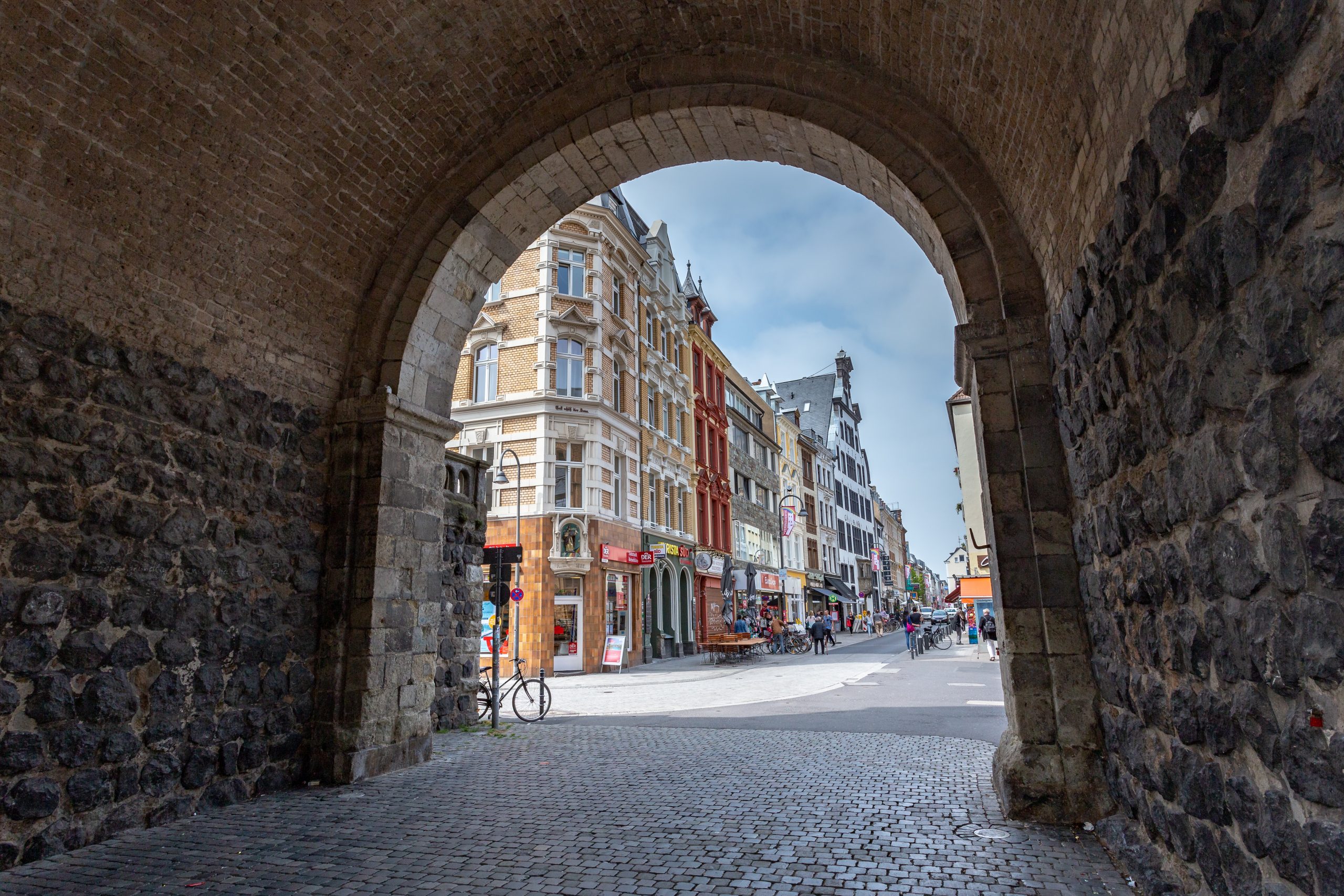 As the industrial heartland of Germany, the Lower Rhine region has one of the largest and most densely populated urban landscapes in the world, a title it has held for centuries. The urban regions of the Lower Rhine have always been among the most important in Europe and the significance of the region ensured its near-total annihilation during WWII. Exploring the area can be disheartening due to the difficulty of finding any prewar heritage that survived the war. The goal of this guide is to uncover the hidden architectural heritage that remains.

What is the Lower-Rhine Valley?

Historically the focus is on the Archbishop Electors of Cologne, who dominated the political and cultural landscape of the region. The Duchies of Berg and Jülich would play an important role in the middle ages as independent states. By the end of the Thirty Years War, their influence would wane as they fell under the control of more powerful states such as the Electoral Palatinate and Prussia. Notably, I do not include the politically symbolic city-state of Aachen in the lower-Rhine region, as culturally it was part of the Maas Valley, especially Liege and Maastricht. Without Aachen, the Lower Rhine is focused on five distinct sub-regions:

This is the main cluster of cities extending from Bonn up to Krefeld on my map but traditionally up to Duisburg. The cultural centers were primarily Bonn, Cologne and Düsseldorf. Without exception, anything larger than a village was reduced to ash in WWII. Fragmentary old-towns can be seen in most cities, especially Bonn and Düsseldorf.

The cluster of small towns, castles and villages in the forested edges to the west of the Rhineland belong to the Eifel. These were largely under the control or influence of Cologne, who competed with the Archbishop Electors of Trier for control. The region was hit hard in WWII, during the Siege of Aachen, Battle of Hürtgenwald and the Ardennes Offensive. The lack of infrastructure though, means that many of the towns survived to some degree.

The Ruhr was an unpopulated region up until the 19th century as it was primarily a conduit for trade with the cities of Westphalia and Lower Saxony. With the industrialization of Germany, its wealth of coal reserves would power the urbanization of the entire region. Of this urban heritage, nothing survives. There aren’t even fragmentary remnants of the great 19th century cityscapes of the Ruhr Valley.

The northernmost parts of the region were heavily influenced by the Netherlands in language, culture and of course in their architecture. The greatest examples of this, the old cityscapes of Wesel and Cleves, no longer exist, having been erased from the map in WWII. In fact, virtually every settlement in the region suffered the same fate. We are limited to a handful of villages which still retain some of the region’s heritage.

The scale of the destruction is staggering, and this limits the scope for any sort of thematic tours that focus on a specific style or period or architecture. In effect, we are limited purely to the study of buildings that were reconstructed after the war, namely, churches, palaces and castles.

As to how you should travel through the region, of course not everything on the map is equivalent in interest. However, the most interesting destinations may be hidden in otherwise uninteresting locations, below are some of suggestions to experience the Lower Rhine Valley.

Culinary Overview of the Rhineland

Traditional Foods of the Rhineland

Many of Germany’s most iconic dishes are associated with the Rhineland. The urban masses give the regional cuisine hearty flavors with bits of bourgeois color (i.e. less potato). Come explore some lesser-known traditions.

Thematic Tours of the Lower-Rhine

Forgotten Cityscapes of the Rhineland

Here’s my list of the best corners of the Lower-Rhine valley. Here you can explore the bits of surviving architectural heritage in their various forms. From the soaring Altenberg Cathedral to the romantic village in Monschau, the Lower-Rhine still has much hidden beauty.

For a brief century in the high middle ages Cologne was at the center of Europe. The cultural pull of the city was immense and cities as far away as Antwerp and Strasbourg would feel its influence. This guide takes you to largest examples of this North-Rhenish – Colognian style of Romanesque architecture.

For more pictures of the many places to see here, head over to my gallery of the region: The Lower Rhine