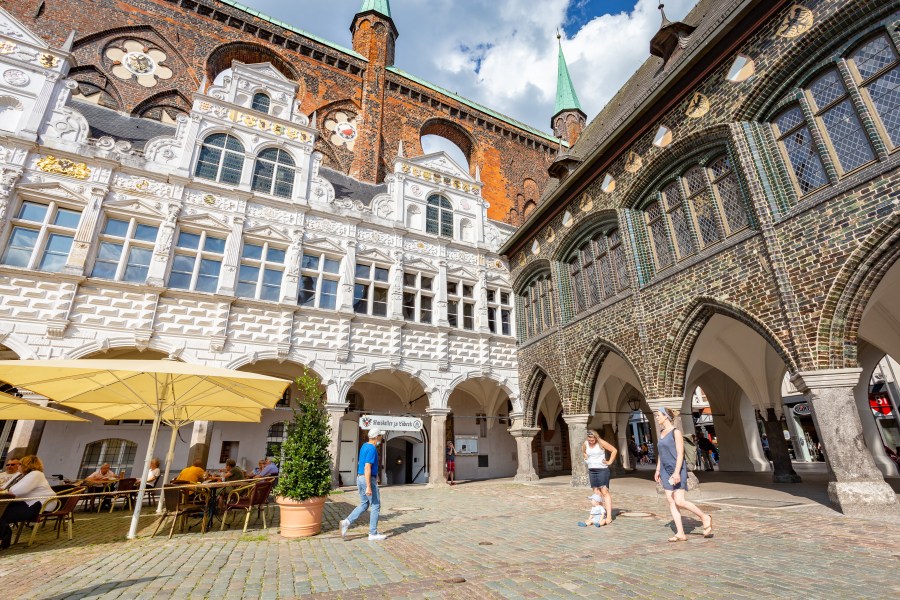 Why do historical city-centers look different in Northern and Southern Europe? Perhaps the answer is self-evident, they are built to satisfy different needs, separated by mountains and seas. Why then do the houses in Munich look different than those in Stuttgart? Differences in culture and taste in centuries past are often masked by modern political divisions. Yet these forgotten borders still contribute to regional identity and flavor otherwise unitary regions with these traces of a more diverse heritage. This series sets out to uncover those ancient borders, and draw connections between places that may now seem separated.

This series looks at regional divisions in Europe on the basis of common cultural or political linkages that influenced architectural styles and development. This guide is meant for people interested in a thematic tour following specific political and artistic histories. Rather than travelling across the continent from capital to capital, the focus will be on regional geography that has largely been forgotten, but is still evident in the region’s cityscapes. Some regions still maintain linguistic or other cultural identities, but most have long been subsumed into larger administrative identities.

The Congress of Vienna in 1815 and the territorial revisions of the 20th Century have obscured important boundaries of previous centuries. In the middle ages, common architectural image programs were difficult to implement across space, and thus regional centers of power and culture exerted influence over the dominant style. The Reformation introduced entirely new ways of approaching architecture, and the cityscapes of Protestant states looked much different from their Catholic neighbors. Likewise, the reconstruction of central Europe after the Wars of Religion allowed local rulers to define their own image program and set standards within their territory or beyond.

As an example, few will recognize today that “Landau in the Palatinate” in Germany was until the 19th century considered part of Alsace. It was ruled by France and under Vauban turned into a sprawling fortress. France was forced to relinquish the city only in the 18th century, when Alsace was split. The region was never incorporated into the political structure of the Palatinate, and much of its architecture reflects this. Its baroque architecture is contains many Alsacian influences and some buildings look distincly out of place. More noteworthy is the overall lack of pre-unification architecture. In comparison with nearby towns such as Neustadt or Wissembourg, most of the old-town is filled with historcist and art nouveau architecture.

Similarly, the name Brabant can been seen in the regional divisions of both the Netherlands and Belgium. Indeed, Brabant was the most powerful state of the lowlands during the Middle Ages, but the subsequent centuries would see its people split in two, first by religion then by the rise of the Dutch State. However, to look at the development of the Brabantine Gothic and the Lowland Renaissance styles, it is not realistic to exclude the monuments of s’Hertogenbosch from those of Antwerp and Brussels.

This series will be mostly focused on regions that existed prior to the Vienna Congress of 1815. As a result, the architecture of the Industrial Revolution, Art Nouveau, Art Deco and later Modernist Styles may not be adequate represented, since these often reflected the centers of power in the post-Napoleonic word. (e.g. Bauhaus and its pan-German development, or the Darmstadt School of Art Nouveau and its influence in Hessen.)

Finally, as should be evident already, my area of expertise is on Central Europe (The areas of the former Holy Roman Empire): Germany, Austria, Belgium, Netherlands, Czechia and the bits of modern-day Poland, France and Denmark once controlled by states within the Empire. It should go without saying that, by designating regions across modern-day boundaries, I am not asserting any view as to the de-jure claim of one country on the other. Modern borders simply do not reflect the political realities of previous centuries.

The Middle-Rhine Valley is one of the most iconic landscapes in Germany. The mighty Rhine River cuts through a range of dramatic cliffs topped with castles, monasteries, and fortifications. Below, barges and ships ply the waters between its many medieval towns as they have for centuries. As you stand on the cliffs overlooking the Rhine,…

The story of the Electoral Palatinate starts with a leading role as the heartland of the medieval Holy Roman Empire. The Salian and Hohenstaufen Dynasties founded cities and raised monuments to cement their rule. As their glories faded into the past, their monuments fell victim to those seeking to erase their legacy. The story we…

The Prince-Archbishops of Trier, Electors of the Imperial Throne, dominated the Mosel Valley. Their legacy is debt owed to the Roman Emperor Constantine the Great, who founded the city of Trier and gifted it to the church. Ecclesiastical rule preserved many of the ancient ruins as symbols of power, and their lands remain today full…

Little survives of the pre-war Lower-Rhine Valley. What remains to be seen are the individual medieval monuments of the Holy Roman Empire and great industrial relics of the Wilhelmine German Empire. Beyond the tragedy of the 20th century, though, are vibrant cities, each with its own identity and traditions.

Representing the small portion of ancient Lotharingia to remain in the German sphere of influence is the Saarland. The rugged Palatine Highlands isolate the region from Germany, resulting in a small territory with a significant French influence. Traveling through Saarland is a unique experience through one of the few borderlands to retain its local identity.

The Wetterau is characterized above all by the legacy of the Free Imperial Cities. The high level of urbanization achieved in Frankfurt, Gelnhausen, and Friedberg supported a lively competition for trade and control over the region. This somewhat small region has more to offer than what is visible at first glance.

The Westerwald is an agglomeration of regions that were largely controlled by the Nassau family and the Prince-Bishops of Trier until the end of the 19th century. Despite an illustrious history in the high Middle Ages, most of the region’s visual identity comes from the works of the Nassau family.

The Odenwald is an unpopulated region, reserved for centuries as an elite hunting domain. The myths and legends associated with the forest run through even the name, which may imply a connection to Odin and the old gods. The region is held together by the river Main, which forms its main axis of travel.

The Duchy of Mark was based in a truly uninhabited region. Aside from the city of Hagen and its Art Nouveau cityscape, the Sauerland is a region of dense forests and forgotten mines. The regional architecture is perhaps best characterized by its half-timbered homes and wood-shingle designs.

The Baden we see here is a 19th-century construct that forcibly combines the Franconian-Protestant North with the Alemannic-Catholic South. The only thing that unites Baden is the Black Forest, which forms a rugged spine across the region. Today, the land remains one of many different cultural traditions, from the cosmopolitan Baden-Baden and Karlsruhe, the pastoral…