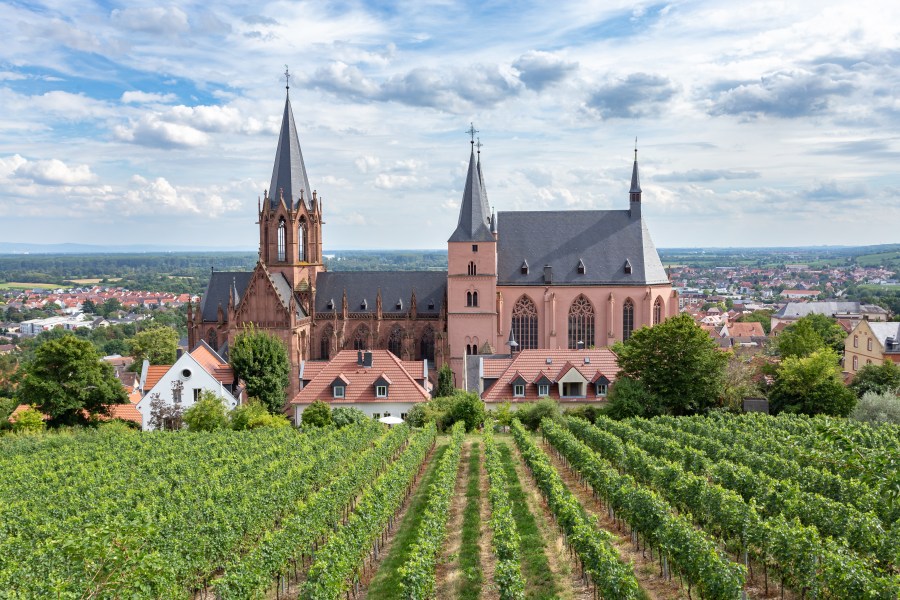 The Electoral Palatinate is a forgotten land within the borders of modern-day Germany. Its cities and people are now divided between three German states and nobody can agree on just where the Palatinate starts and ends these days. Though much of the Palatinate is far off the radar for most tourists, its cultural capital, Heidelberg, is one of the premier destinations in Germany. This guide will show you what the region has to offer beyond the walls of Heidelberg, with its sweeping vistas of the Rhine valley, ancient churches and the small towns snugged away in the forest and valleys of the Rhenish highlands.

What is the Electoral Palatinate?

The region I refer to as the “Electoral Palatinate”, or Kurpfalz in German, is an agglomeration of many different smaller but historically and culturally distinct regions. The rugged terrain and low population density makes it more realistic to focus on the areas roughly encompassed by the county of the Elector Palatine, with its ancient capital of Heidelberg and later Residence in Mannheim. The main regions can be summarized as:

This region differs quite dramatically from the modern day administrative borders of Germany. These borders, for the most part, follow the post-Napoleonic carve-up at the Council of Vienna in 1815. They arbitrarily partitioned historical regions with their own local identities and sometimes even their own languages. One relic of this period is the term “Rheinhessen” or Rhenish-Hesse, which refers to the left bank of the Rhine controlled by the Grand Duchy of Hessen, and included Mainz and Worms.

By redrawing the old borders we can see connections between places that were less apparent before. Many of these cultural differences can be seen reflected in the architecture. The cities of Mainz and Mannheim were the cultural centers of the region, and exerted a gravitational force on the localities they controlled. The minimalist baroque style of the Mannheim court adorns the cityscapes up and down the Rhine valley. The more heavily Würzburg-influenced styles of Mainz are more evident in the extravagant ornamentation of the church interiors, especially in comparison to the rather classical style of the Jesuit and Court Churches in Mannheim.

Gravity is a good metaphor because cultural influence isn’t a binary identifier. As you travel down the Neckar Valley the baroque styles of the Rhineland fade and Swabian influence becomes more apparent. The Nahe Valley, by contrast, never recovered from the myriad of French invasions, and its cityscapes are defined by the architecture of its 19th century industrialization.

Despite the region’s wealth and prosperity in the late medieval period, virtually nothing survived the French scorched earth campaign of the Nine-Years-War in 1698. The great baroque cities of Mainz and Mannheim, which reached their cultural height in the centuries that followed, would be reduced to ash in the Second World War, along with the cities of Worms and Bruchsal. Of the region’s urban heritage only the city of Heidelberg has survived. Nevertheless, glimpses of the past of possible in the beautiful towns of Speyer, Oppenheim and Meisenheim.

As to how you should travel through the region, of course not everything on the map is equivalent in interest. However, the most interesting destinations are quite spread out and not necessarily convenient to reach. Below are some thematic routes that focus on specific aspects of the region’s history and culture.

Culinary Overview of the Palatinate

Thematic Tours of the Electoral Palatinate

Remnants of a Forgotten Empire

Travel through the heartland of the most powerful state in Medieval Europe and uncover the vestiges of past imperial glories. In focus are the cities of Speyer and Mainz.

The goal of this guide is to take you through the reconstruction of the Rhineland following the devastating War of Palatine Succession which ended in 1697. The focus is on the Baroque architecture of Mannheim Court, with brief excursions to the different styles of Mainz, Meisenheim and Mosbach.

From the reconstruction of Heidelberg to the civic pride of Mainz’s noble families, the architecture of the Palatine cities have a story to tell if you know where to look. Devastated by the Second World War, these narratives can be even more difficult to uncover. With that in mind, I have put together some guides to help appreciate and understand what remains in the largest cities.

For more pictures of the many places to see here, head over to my gallery of the region: The Electoral Palatinate