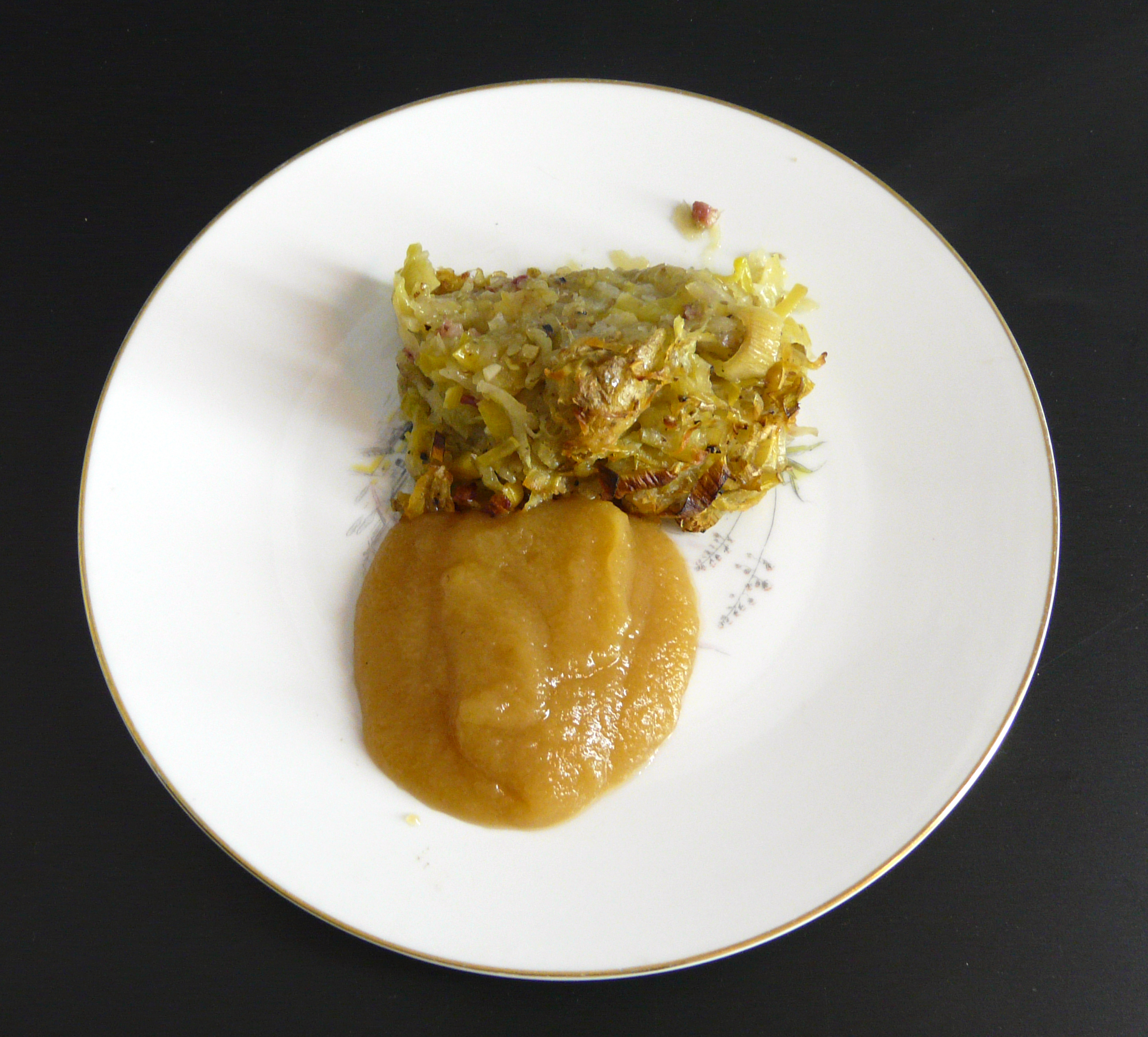 Dibbelabbes is a traditional potato dish from the rural regions of West Germany, particularly the Saarland, Eifel, Hunsrück and Westerwald. This variant is fried on the stove like a traditional British or American potato hash. It’s traditionally served with applesauce.There’s some debate over the exact terminology, but Dibbelabbes is the term used in the Saarland, Scha(a)les in the Hunsrück and Döppekooche in the Eifel and Westerwald. There are some slight variations, with one described here, where it is prepared as a casserole rather than a hash. Another variation for the Catholic regions on St. Martin’s day and Christmas is often made with more meat.

Learn more about the regional foods of Europe