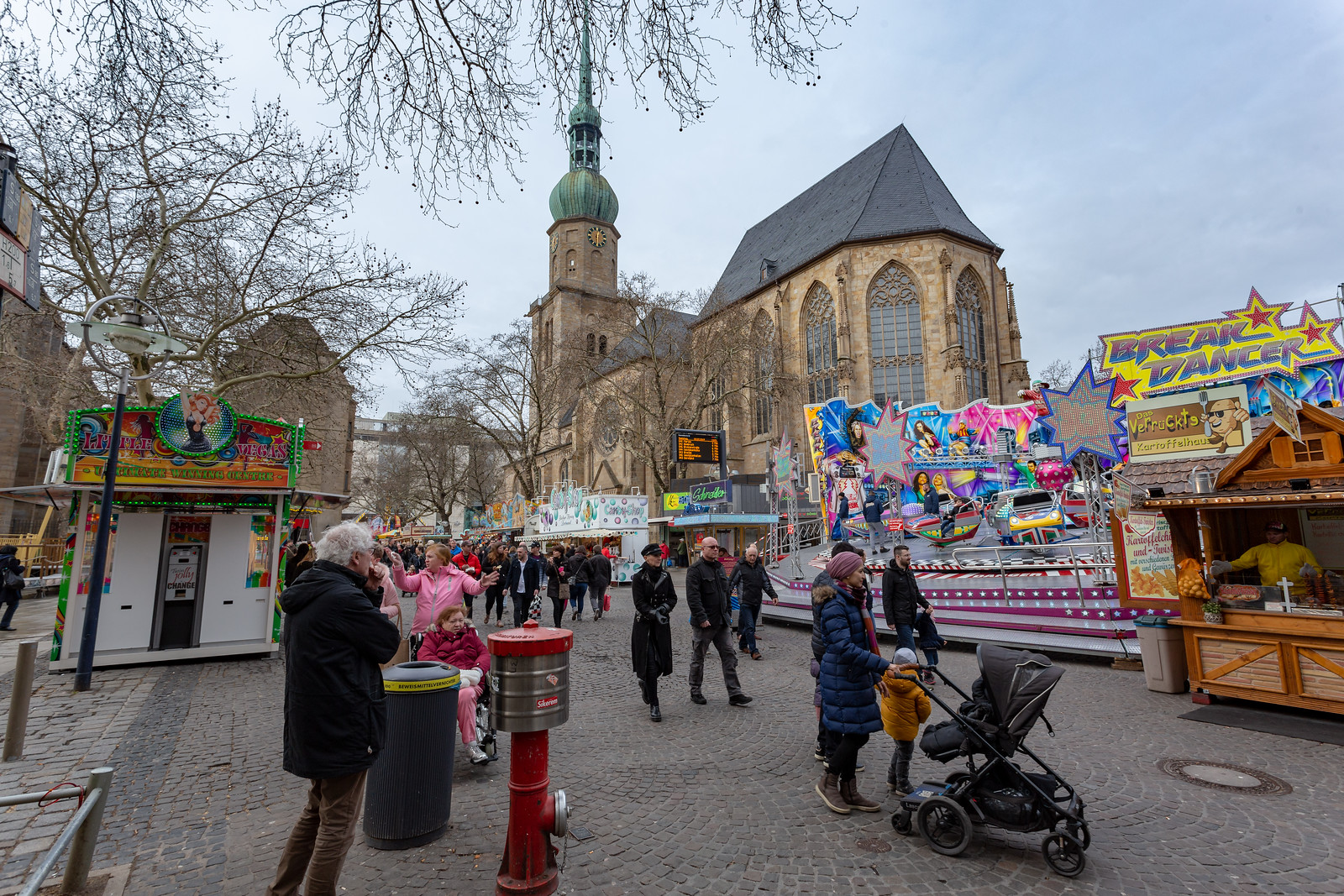 Dortmund is a tragic story in a sense. The city was so effectively erased during WWII that its rich architectural legacy is mostly forgotten. Dortmund was a Free and Imperial City on the main overland trade route that connected the Baltic with the Rhineland. A proudly Westphalian City, it became one of the main centers of the Industrial Revolution in a united Germany. Today though its grouped together with the other Ruhr Cities and its name appears only in the context of Football.

Dortmund has one largely surviving historical monument worth visiting, if you already happen to be here. The church of St. Reinoldi is a remarkable example of the synthesis between Rheinland and Baltic architectural traditions. It also happens to have a largely intact inventory. Otherwise the other churches have a scattered collection of inventory or features that might be interesting to a specialist. On the far outskirts of town you will find some fragmentary collections of Art Nouveau architecture, but overall its not worth visiting.