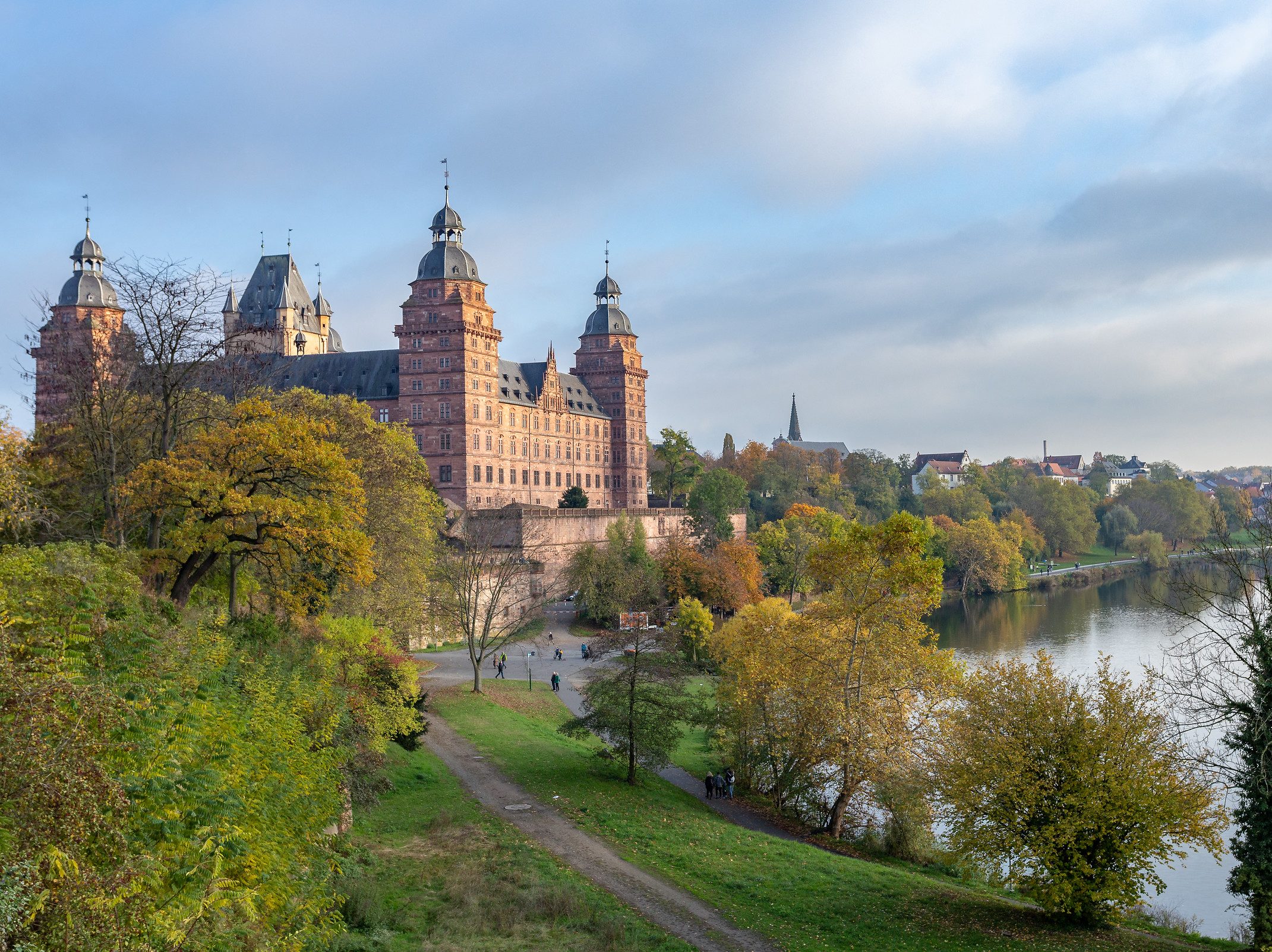 Aschaffenburg may only barely qualify as a city, but it offers more to see and experience than most major German cities. The small old-town was largely destroyed in the war, and only portions were rebuilt. However, the city opted to rebuild what they could in a tasteful style on the old street pattern. This leaves us today with a charming town that offers some of the most spectacular cityscapes in Germany.

There are in essence 2-4 streets with enough historical architecture to qualify as an “old-town”. As charming as these streets are, the main attractions in Aschaffenburg are the multitudes of palaces and museums. The most obvious, the Johannisburg Palace, was burned to the ground in the war. The exterior was reconstructed to its prewar condition. More impressive is that they opted to also reconstruct a few rooms of the interior as well. To better experience the lives of the Prince-Archbishops of Mainz you can visit the Schönbusch Palace and gardens, which survived the war without damage. Rather unique is the Pompejanum, a small villa constructed as a “replica” of a house in Pompeii. However, It mostly reflects the tastes of the late 18th century.

The town itself has a number of churches which survive to some extent. The late Romanesque church of St. Peter and Alexanders has one of the prettiest cloisters in Germany and a fully preserved inventory. The Sandkirche is a small baroque church that survived the war, complete with its ceiling frescos and altar. For those interested in the early history of Aschaffenburg, the Stiftsmuseum has artifacts pertaining to the role that city played as part of the Archbishopric of Mainz. Finally, make sure to visit all the best viewpoints over the city.