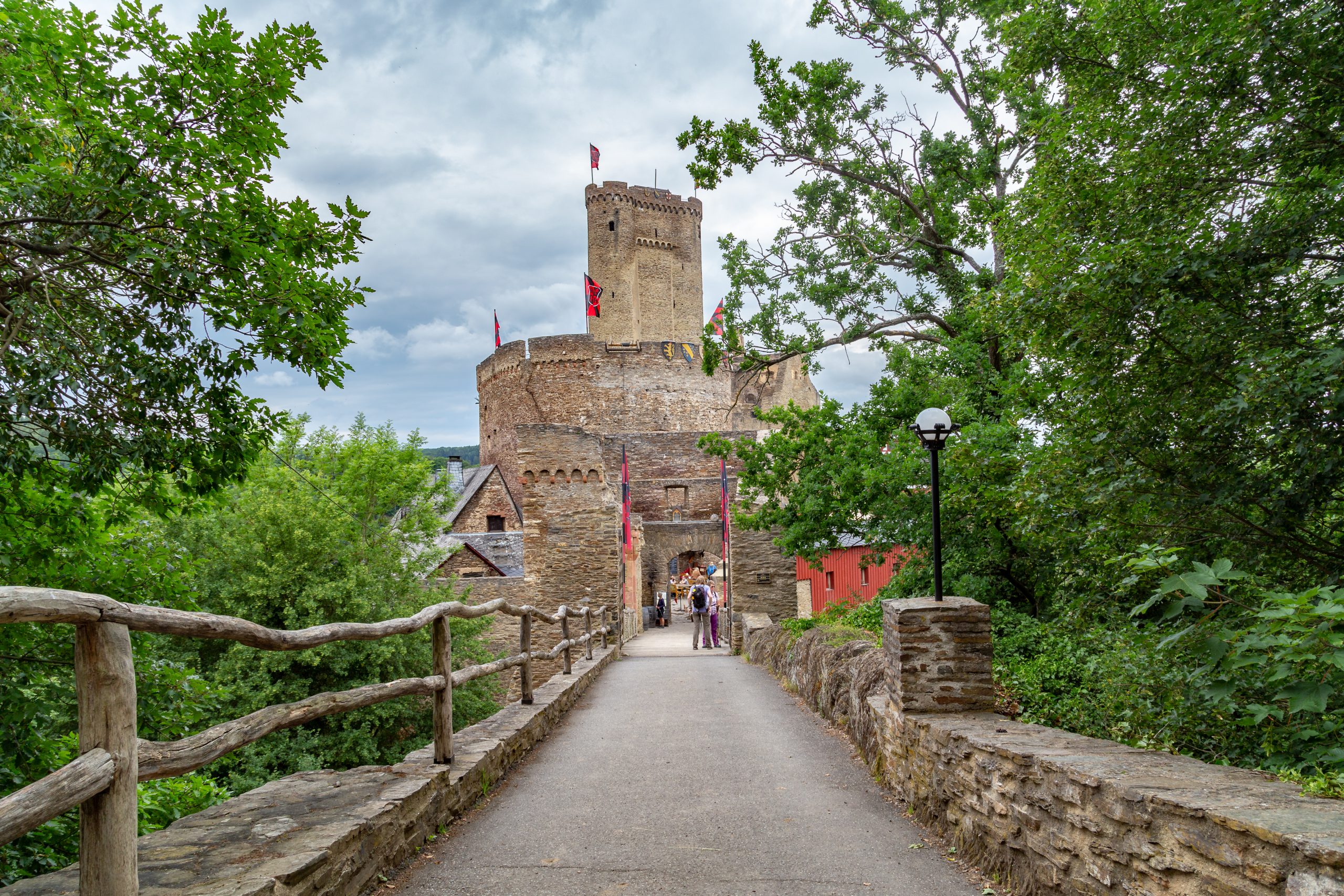 So I went and tried the hike I wrote about previously here. I knew it was going to be a long hike, but I wanted to fit in as much as possible since it was rather difficult to get here. I can now report that it was, indeed, too long.

Overall though, I can highly recommend the hike to anyone who might be interested. The Ehrenburg castle is fairly unique in Germany. The ruin is fairly well preserved, the French having opted to burn rather than detonate the castle. This decision was likely influenced by the fact that it, like Eltz, belonged to the General in command of the French army, however unlike Eltz, Ehrenburg was clearly a fortification rather than a palace.

The round entrance tower has a winding ramp to the main level of the castle, but uniquely is protected by defensive positions within the central shaft around which the ramp turns. The tower is also completely vaulted in stone, the only such construction of the time in the region. The twin-towers connected by a massive of stone form the central keep, and are in a style common for the region, and found occasionally in fortified church towers such as Münstermaifeld.

The Donnerloch was pretty but otherwise uninteresting. Its not evident as to why this particular stretch of the stream was chosen to be cult site. But it is quite nice.

The Castle Thurant in Alken was something of a disappointment. This is one of those castle that are much better viewed from a distance. The castle was originally split between the Archbishops of Trier and Cologne, hence the two keeps. However, the castle itself was blown up by the French and abandoned for nearly 400 years. Some minor reconstruction work was done in the 19th century. Most of what you see is actually a post-WWII reconstruction since it was targeted and annihilated by US Artillery.

The castle is run by what I assume to be an old German dude trying extract as much wealth from the place as humanly possible. Its well-kept, with a garden and beautiful views, but there isn’t anything worth seeing and you will be followed by people reminding you that taking pictures is forbidden. Dude your copyright on the castle is literally useless to you, just have the tourists pay a fee to take a picture.

It was a good trip, next time I would skip the trip up to Burg Thurant and just enjoy it from the distance. For other castles see my overview of the Mosel Valley.

The Castle Ehrenburg is one of the best preserved castle ruins on the Mosel, complete with a protected spiral entrance tower and dual-tower keep. Parts of the curtain wall and annex buildings have been restored or retain intact.